Our client, Inventor of the Best Stink Bug Trap Ever 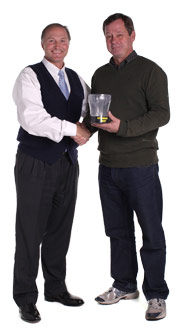 They’re creepy, they’re crawly, they stink… and, once this uninvited houseguest infests your home, good luck getting them to leave!

Pennsylvania native, Julian, had a massive stink bug problem in his home; but, he took matters into his own hands. Julian came to Davison with a model of a working stink bug trap made from a soda bottle. Unfortunately, he did not have the means to mass produce his product or to make it store-shelf ready.

But, Julian knew his idea could be helpful; and, he was right.

Julian and his invention were then featured on a local news program.

“It really touched my heart to see that something that came out of a pop bottle could actually turn into something that people could use around their houses,” says Julian. “I never had my hopes up; but, I do now.”