Those Inventors Patented What?

We recently talked about two very influential inventors in the world of patents, Dr. NakaMats and Esther Takeuchi.  They both have many notable patents under their belts for inventions such as the floppy disk and a life-saving implantable defibrillator.

Now, we are going to take a look at a different side of patents; and, sometimes, the grass isn’t always greener on the other side.  These wacky patents show just how creative and crazy some inventors can be! 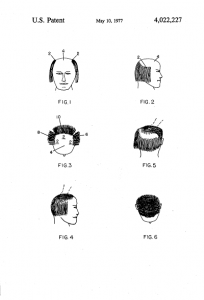 Comb over Patent- Contrary to popular belief, Donald Trump did not invent the comb over. In fact, in 1977, inventors Donald J. Smith and Frank J. Smith received a U.S. patent for a “Method for Concealing Partial Baldness.” The process is simply explained as first dividing remaining hair into three sections and then carefully combing it across your head. In 2004, the father-son duo won an Ig Nobel Prize in engineering for their 1977 patent. This patent was meant to allow Frank to become the father of the now infamous hairstyle. 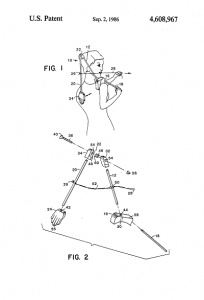 Congratulatory Patents- There are times in life where we think we deserve a pat on the back or perhaps a high five, but there is no one there to recognize our accomplishments. Two inventors found this to be quite a problem and obtained a patent for their ideas.

Ralph R. Piro patented the “Pat on the Back Apparatus” on September 2, 1986. This patent was for a self-congratulatory apparatus that would simulate a pat on the back. The proposed invention contained a simulated human hand that was carried on a pivoting arm that would be suspended from a shoulder supported member. The hand would be manually swung in and out of contact with the user’s back, in order to give an amusing or well-deserved pat-on-the-back.

How about a high five? Have you ever been watching a sporting event on TV by yourself and after a great play wished that you could give someone a high five to celebrate? Well, inventor Albert Cohen filed an invention patent for an “Apparatus for Simulating a ‘High Five.’” The description of the patent notes that a “high five” requires the mutual hand-slapping of two people, so when a person is watching a televised sporting event solo, this invention will allow him/her to express excitement and perform a “high five.” 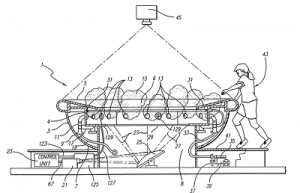 Soup Bowl Attraction- As we head into the cold months of fall and winter, there is nothing quite as nice as a hot bowl of soup on a dark, cold day.  Two inventors took this warm bowl of soup to a whole new level when William George Adamson and Donald Lewis Updyke Jr. filed U.S. patent, US6168531 B1, for a “Soup Bowl Attraction.”  This patent was filed for an entertainment attraction that consists of a bowl-shaped member having a top, bounded by a top rim, a bottom that permits light transmission and sidewalls that are connected to the top rim with a fog generator, producing a layer of fog at the top of the bowl-shaped member.

The 1999 patent was designed to create excitement for children as they get closer and closer to what seems to be a full pot of boiling water. Although the interactive part of the attraction is vague, we can almost be certain that this type of amusement park attraction won’t be appearing at Disney World anytime soon.

There are a wide range of patents, from congratulatory patents to a patent for the classic hairstyle of the comb over to an interactive soup bowl attraction.  Clearly, patents aren’t just limited to practical inventions. Whether patents are filed in order to better society or are just plain wacky, we can be sure that there will never be a lapse of new innovations in the world of patents.