The Global History of Patents

Patents have long held a distinction in human history, much further back than most realize. Like many aspects of life, it started with our most primal necessity: food. Robin Jacob, a British intellectual property expert, believes the earliest concept of a patent was in 600 BC. A chef had created “some kind of newfangled loaf of bread,” a trend that would spread to 500 BC Sybaris. This was the first case of intellectual property protection- giving chefs the option to keep the recipe for a unique dish to themselves and enjoy the profits alone.

A Roman judge in Alexandria, Vitruvius, tried and found multiple poets guilty of stealing poems. The theft was revealed during a literary contest. Similar cases in first century Rome include literacy piracy. Despite the importance of these events, there is no known law from ancient Rome regarding intellectual property theft.

The first real patent system wouldn’t be enacted until centuries later. The Venetian Act of 1474 streamlined the patenting process and made them easier to apply for. Until then, Europe had the concept of patents, but there were no set standards. They were issued on an individual basis upon request. The Act meant the patent had to be for something one-of-a-kind and useful. This remains the standard for patent applications around the world to this day, including in the United States. 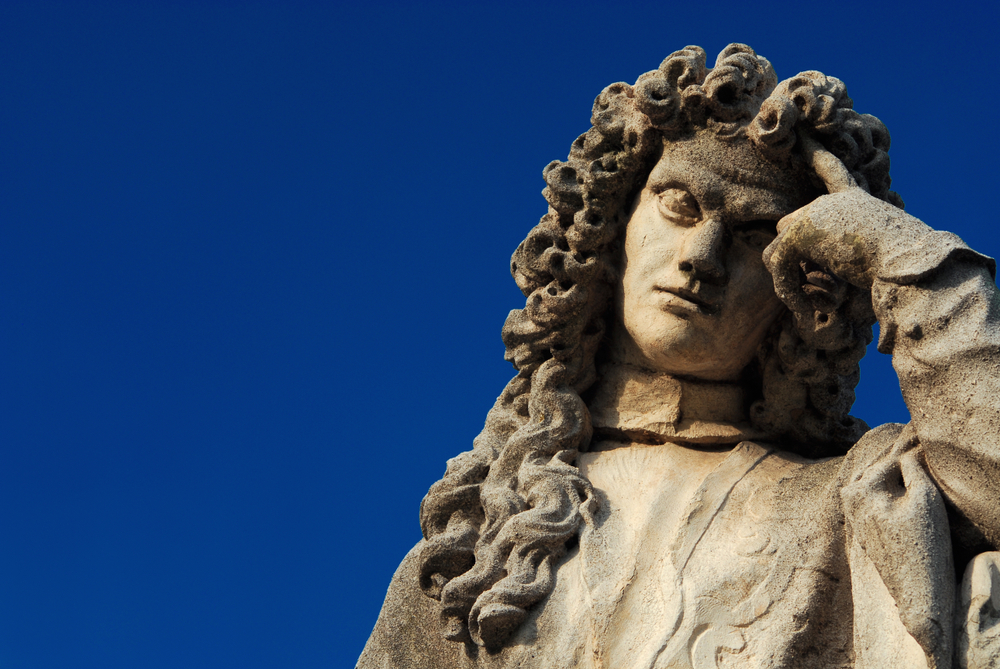 That’s not to say that there weren’t any forms of intellectual property protection throughout Medieval times, but they were less structured than formal patents. In larger cities, guilds would be formed to protect the knowledge of certain crafts. As only guild members could learn the craft, such as glassmaking, this raised the commercial value of the products in the region. Venetian glassmakers were highly regulated, with everything from working days to ingredients monitored closely. It nearly created a monopoly in the glass industry. While featuring the same protective features of patents, these were all self-contained and had no influence from the government.

Queen Elizabeth I and Patents

Queen Elizabeth made many changes to how patents worked in England during her reign. Early on, she sent letters encouraging other countries to bring their manufacturing technology and new products to England. At first, it worked, bringing in foreigners and helping her country grow in multiple industries. As years passed, however, she used her same policies to issue patents on everything, including long-established trade and techniques. This resulted in Parliament attempting to legislate against monopolies- something Elizabeth was able to pacify them from doing.

With a change in ruler came a change in the power of patents. In 1624, King James I made a royal proclamation that abolished the Brehon Laws and introduced English common law instead. Once incorporated into the Statute of Monopolies 1623, it limited the power a monarch would have regarding patents. Under the new law, patents could only be given to inventors of an original creation during a certain window of time. While it caused some upset and didn’t fully end patent abuse, it is still notable for creating a fairer system. 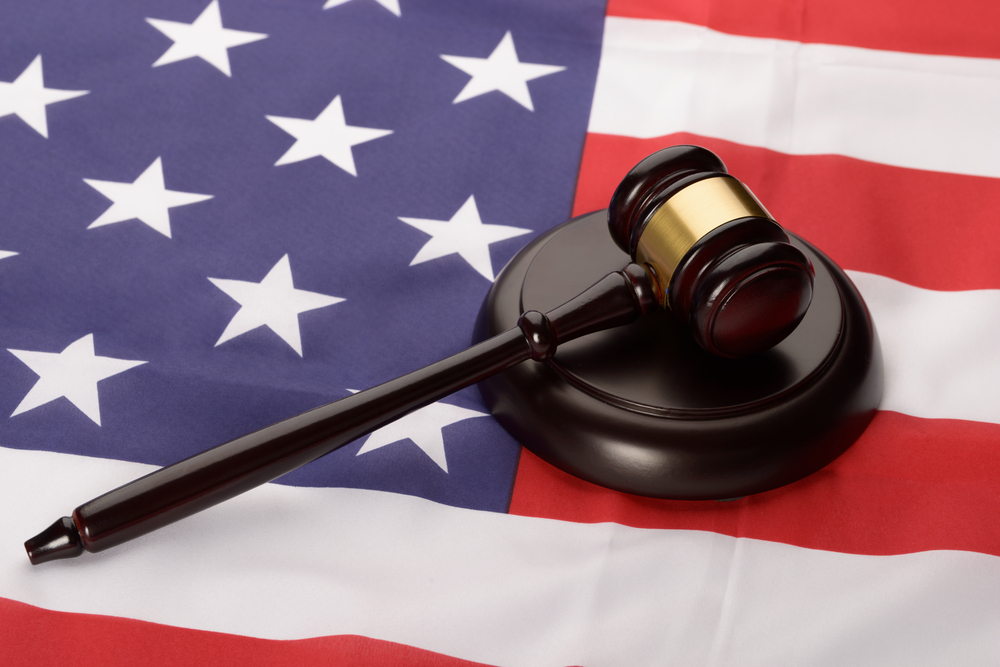 The history of the United States and patent law is as equally turbulen as Europe’s. The first US Patent Act only lasted three years, from 1790 to 1793. It was then quickly replaced with a new Patent Act which functioned on an examination system. This further prevented abuse by having the product examined before the patent was issued. While the modern American patent system doesn’t quite resemble that from 1790, the standard for applying for a patent is more or less the same.

A third Patent Act was passed in 1836, to combat problems created by the previous two. It marked the creation of the Patent Office. The Secretary of State was no longer responsible for issuing patents, although the task still fell within the jurisdiction of the Department of the State. The new act also required that patent information be accessible in public libraries, thus preventing repeat patents. The addition of a seven-year extension to the existing fourteen-year patent was introduced as well. Additionally, immigrants could now apply for patents in the United States. It also raised the standards for American patents.

Every change has its critics- especially in England, where free trade economics reigned supreme. Patent law began to be criticized in the 1850s, believing it hindered research and served little good to the general public. Adrian Johns, a modern patent historian, summarizes the main complaints from the public in his book Piracy:

“[Patents] projected an artificial idol of the single inventor, radically denigrated the role of the intellectual commons, and blocked a path to this commons for other citizens — citizens who were all, on this account, potential inventors too. […] Patentees were the equivalent of squatters on public land — or better, of uncouth market traders who planted their barrows in the middle of the highway and barred the way of the people.”

The Depression of 1890 did not help matters in America. In an already strained economy, patents seemed to be promoting monopolies. Courts attempted to invalidate patents and the government had to intervene. President Benjamin Harrison introduced the Sherman Antitrust Act, which prohibited agreements and conduct that would attempt to monopolize a market. It should be noted, however, that this was to combat artificial monopoly through restricting trade and inflating prices. “Innocent monopoly,” or a monopoly achieved on pure merit, remained legal under the new system.

Patents in the 20th Century

Before we return to worldwide patent law, a quick recap of the last century or so of American laws will bring us up to date. In 1952, a new Patent Act was issued. The amendment required the inventor to not only describe their creation but also how it could be infringed upon. It also dictated all patents should be for “non-obvious” inventions- i.e., not for the steering wheel of a car or a spring in a Slinky. As the atmosphere grew more pro-patent, Congress created the Court of Appeals for the Federal Circuit to hear all appeals regarding patents beginning in 1982. 2011 saw the switch from “first to invent” to “first inventor to file” after the Leahy-Smith America Invents Act.

1980 saw the change to patents on a global scale, all thanks to one case. A microbiologist for General Electric, Anand Chakrabarty, filed an application to patent a bacterium he genetically engineered to break down crude oil. At the time, no one had attempted to patent a living organism. The patent was rejected, but the United States Court of Customs and Patent Appeals overturned the USPTS decision and held that the patent should be issued. The case was taken to the Supreme Court, and Chief Justice Warren Burger wrote the majority opinion that the bacteria could be patented. Craig Nard, director of the Intellectual Property Center at Ohio’s Case Western Reserve University, cites this as jumpstarting the biotech industry. 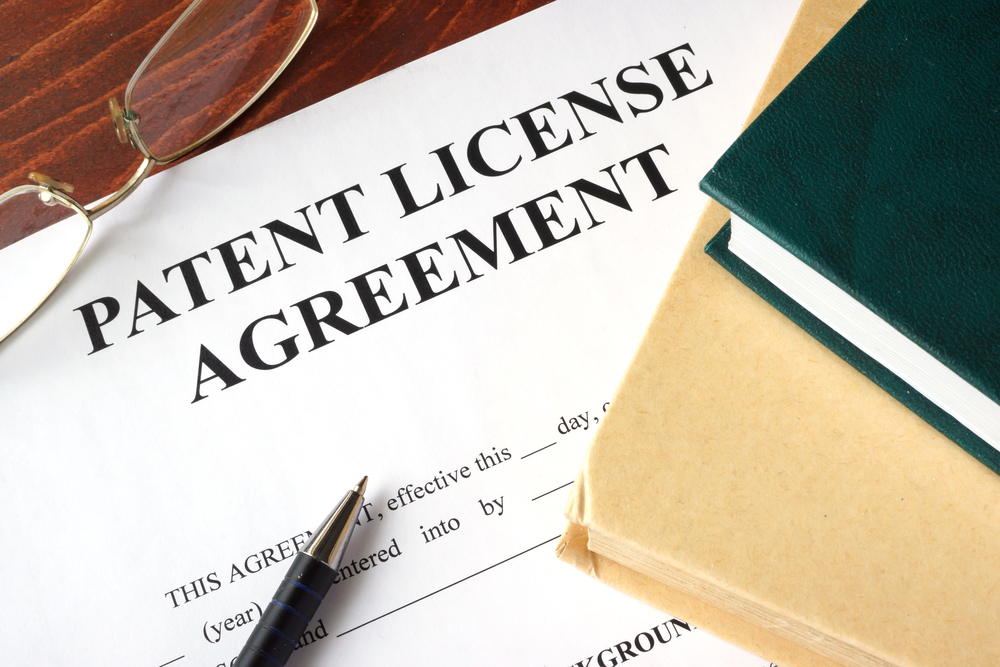 Backtracking a bit, many countries, particularly those in the British Empire like India and New Zealand, followed British patent laws until the 1850s. TUnder British rule, citizens from these nations were at a disadvantage when it came to patents. Once the countries gained their freedom, however, they swiftly abolished the old English laws and established their own systems. Many of them still closely resemble European systems and have their own share of reforms and addendums. Still, it gave them a chance to share their inventions globally without fear of theft. New Zealand was actually among the top 5 patent offices in 2006.

Finally, we reach the present day. While America is still among the world’s largest patent offices, it was rapidly outpaced by China. Of the approximate 1.98 million patent applications filed in 2012, 526,412 were filed in China. The United States was in a close second with 503,582 patents filed. Thomson Reuters researchers predicted China would outpace the USA in 2005, and the prediction was brought to life. (For the record, the other three offices belong in Europe as a whole, Japan, and South Korea.)

Patents play a large part in encouraging creativity and innovation in the world. Because each patent must be unique and “non-obvious,” it encourages inventors to think outside usual limits and create something truly original. But constant change through new laws and amendments impact both inventors and consumers and require adjustment in the approach to patenting.  Patents remain a complicated piece of the already massive jigsaw puzzle that is the world of inventing and innovation.

(SIDEBAR ON CAVEATS: Patent caveats were briefly available in the United States. Like traditional patents, it described an illustration or invention but did not have the full examination into the patentable subject manner and patent claims. It was merely a notice on the intention of filing for a proper patent, expiring after one year. Provisional applications today are somewhat similar but have significant differences. Caveats could be issued between 1836 and 1909, before being abolished by the US government.)