New Updates to the Oldest Game in America: Baseball

The smell of fresh cut grass, the sound of peanut shells cracking in the hands of anxious fans, who watch as the dust settles after a big play and the pure excitement that is the result of a ball hitting off of a wooden bat. These are just a few examples of why baseball has always been America’s favorite pastime. 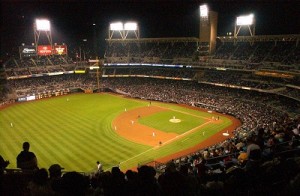 Because the quest for the World Series is currently underway, we thought it would be a great time to get a deeper look at the up-and-coming technology of this beloved sport. Hopefully, we won’t strike out with this blog, but instead, hit a homerun with our readers! Alright, now that we have that out of our system, let’s take a look at how technology continues to evolve in the world of major league baseball.

The game of baseball has come a long way since the days when it was first invented and introduced in America. Since then, there have been many changes, both in the rules and the technology that is involved in the sport. In the next year, the game of baseball will get another facelift and a few technologically savvy ideas will be employed to give managers the opportunity to challenge a previous play and create an interactive experience for fans.

All of these additions to the sport will add another layer of substance and grit to America’s favorite pastime, baseball. 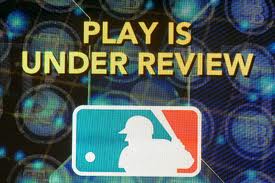 Gone are the days of managers rushing the field with a head full of steam and a face furious with anger after the umpire makes a controversial call.  In the 2014 MLB season, the league plans to debut instant replay. Commissioner Bud Selig noted that this was “a historic day” for Major League Baseball.

The idea of the instant replay will allow managers to review virtually every play other than the strike zone. The managers of each team will get three challenges per game, one to be used through the first six innings and two for the final three innings. The idea for the rules continues in saying that the challenges don’t carry over; so, for instance, if a manager doesn’t use a challenge through the first six innings, he will only have two left. 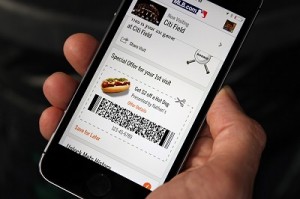 The technology for the 2014 season has infiltrated the world of apps as well. The MLB also plans to equip each stadium with Apple’s new iBeacon indoor mapping technology. The app will use Bluetooth, as opposed to GPS, to sense where you are in the stadium and provide you with information or promotions. In essence, the idea is to create micro-locations within the stadium that offer users different experiences.

The idea behind this technology is that it will enhance a fan’s enjoyment by creating a completely interactive experience.

This is made possible through the At the Ballpark app that each user can access as they approach and enter the stadium. On this app, a unique ballpark guide and map will be available, as well as the ability to display a user’s ticket barcode that can be used as they enter the turnstile.

This will be the first time that a professional sports league will use Bluetooth and iBeacon technologies in stadiums.  This new app idea will allow end users to map indoor locations, such as stadiums and malls. The MLB has not yet announced which team will begin the 2014 season using iBeacon in their ballpark.

These new technologies individually enhance the game of baseball by instituting the idea of instant replays into the sport, while the interactive app will enhance the overall experience at their respective major league baseball stadiums. It seems that the 2014 MLB season will be full of technological changes to improve and enhance America’s favorite pastime, baseball.