History Tuesday: The Invention of Baseball

With the advent of Spring comes the much anticipated opening day of baseball. Baseball is the quintessential American game, so much so that it is linked in a triumvirate with Mom and Apple Pie as the essence of Americana. As April begins, now is the time to start rooting for the home team and dreaming of the World Series. And with the start of a new baseball season, our local sports announcers will once again remind us that this all started with a guy named Abner Doubleday.

But what if we were to tell you that Abner Doubleday did NOT invent baseball, as most of us have been led to believe?  In fact, Doubleday never even claimed to have invented baseball, and his journals and diaries never once mentions the new sport. So who did invent this wonderful game and how did it get to be the phenomenon it has become over the past century? Well, let’s find out. 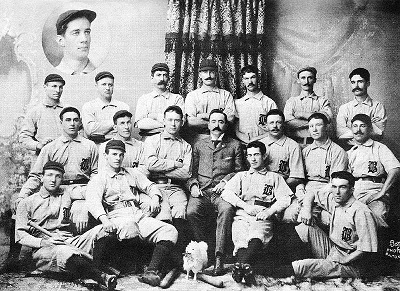 Though disputed by some sport historians, the game of baseball appears to be based on the English game of rounders, which became popular in the United States in the 18th century, and was often called “townball” or “base.” The first known American reference to baseball appeared in Pittsfield, Massachusetts in 1791, in which a town ordinance banned playing “baseball” within 80 yards of the Town Hall.  And through the early 1800’s, Americans began playing baseball more and more, on informal teams and using local rules.

But the credit of inventing the game of baseball that was the forerunner of the modern game goes to a man named Alexander Cartwright, who began the New York Knickerbocker Base Ball Club as a social club for the upper middle classes of New York City. In 1845, Cartwright devised the first rules and regulations that were accepted for the modern game of baseball. Though other clubs existed and were playing by their own rules and making their own versions of the game at the time, it was the Cartwright’s Knickerbockers style (later called the New York style) of the game that became the most popular.

The first recorded baseball game was held in 1846, at the Elysian Fields in Hoboken, New Jersey. In that game, Cartwright’s Knickerbockers lost to the New York Baseball Club by a score of 23 to 1. As more teams formed in the next decade, more organization followed.  In 1858, the National Association of Base Ball Players (NABBL)—the first organized baseball league—was formed. Though it started out as an amateur sport, once club owners began to take in revenue from gate admissions, several clubs began to pay their best players “under the table.” By 1869, the Cincinnati Red Stockings became the first professional team when the owner openly paid all of his players and the era of professional baseball began. 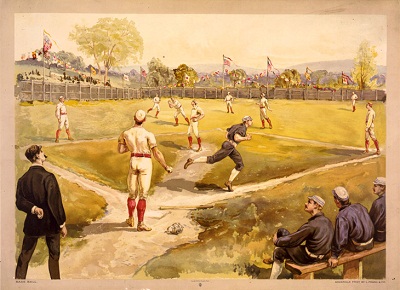 Once money got involved, things began to change rapidly. In 1876, the National League was formed and began what we know of today as the modern major leagues. For instance, the National League was organized as a group of baseball teams, not players (as was done previously ), and the League imposed new rules on schedules, gambling, and player contracts. While several new leagues tried without success to emulate the National League over the next two decades, only the Western League caught on and thrived; changing its name to the American League in 1901.

By 1902, baseball as we know it was born. The two leagues signed an agreement that really established their dominance over the other independent leagues, and essentially gave them a monopoly on professional baseball. They also established the World Series, with the Boston Americans defeating the Pittsburgh Pirates for the first World title in 1903. So while baseball has gone though many changes in style of play over the past hundred years, the game itself has remained essentially the same from those early beginnings. Now that we know who invented baseball, about the only question left is, who invented Crackerjacks?