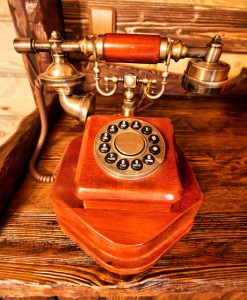 While most of us are familiar with recent developments in the telephone industry, and may even carry the latest iPhone, Droid or Blackberry models, it is likely that few may know where these gadgets got their roots and just how far they’ve come through the years.

Over a century ago, in 1876, Alexander Graham Bell uttered the first words over what he called his “electrical speech machine.” Those words, “Mr. Watson, come here, I want you,” traveled only to his assistant who was working in the next room, but now resonate world-wide. Today, deemed National Telephone Day, we pause, if only momentarily, from sending those texts, updating our social media statuses or just checking news headlines, to recognize Bell’s legendary invention and how, with the help of many other inventors along the way, it has become so “smart!” 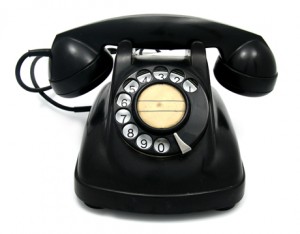 As the world reveled at the telephone’s initial capabilities, Bell went to work on several other inventions, including a flying machine and metal detector, to name just a couple. However, it didn’t take long for his electrical speech machine to evolve. Ten years after Bell patented his telephone, the first long-distance line was installed – it ran from New York to Philadelphia! Quickly following, William Gray invented the first pay phone, which was also installed in the U.S. Northeast.

While it may not be considered the first “picture message,” the first photograph was electronically transmitted in 1921. Bell’s invention went world-wide in 1935 when the first international call was placed. Mobile telephone service can be traced back to 1946, and originally linked vehicles to telephone networks through their radios; however, Martin Cooper, a British inventor, is credited with designing the first mobile phone in the 1970s. Caller ID originated in the 1980s, when faxing also gained popularity.

Advancing and evolving the mobile phone industry, 2G, or “second generation” service was introduced in the 1990s and allowed users to send SMS communications or text messages. The 2000s ushered in 3G service and, with that, the mobile internet craze. Today, 4G networks allow users to enjoy their fastest service yet.

So, over a century later and with the help of many talented inventors along the way, what’s next for Bell’s electrical speech machine? To 5G and beyond!