On Tuesday, we wrote about Apple’s most notable patents and other recent patents. Now, more than ever, companies are frequently filing patents for upcoming inventions.

Companies like Microsoft, Samsung and Sony are making moves in an effort to have their innovative inventions come to life.

Here is a glance at what these companies are currently working on! 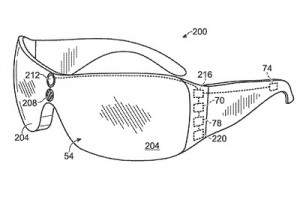 Microsoft- The most recent patent filed by Microsoft leads people to believe that “Kinect Glasses” are ahead. Microsoft filed a patent titled, “Multiplayer Gaming With Head-Mounted Display.” This new patent for a head-mounted display would help recognize a second player in a multiplayer game, receive verbal cues to participate in that game and then use eye tracking in order to display images with the glasses. In addition, the program also will work with both players’ perception in an effort to create an integrated visual experience.  What this means is what one person sees from one point of view will be matched by the perception of his or her opponent.

This device would require processing a great deal of separate data points like eye tracking, vocal cues and movement tracking, in order to create an immersive experience; although, this seems to be a very ambitious endeavor for Microsoft, we are very excited to see if this idea comes to fruition. 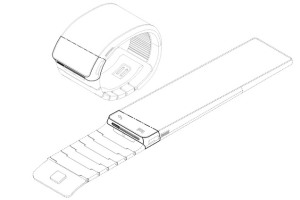 Samsung- At the beginning of August, we wrote a blog about wearable technology, and talked about the up and coming invention of smartwatches. Since then, on July 29, Samsung filed a U.S. Patent for a device called the Samsung Galaxy Gear.  This invention is described as, “wearable digital electronic devices in the form of a wristwatch, wrist band or bangle capable of providing access to the Internet and for sending and receiving phone calls, electronic mails and messages.” This description leads one to believe that Samsung is, in fact, working on its own version of a smartwatch. 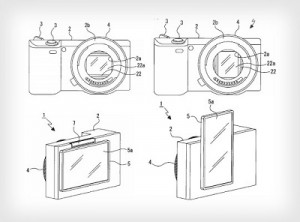 Sony- You have probably been there before. You are taking pictures and you are constantly switching the camera from portrait to landscape. At the beginning of August, Sony filed a patent that describes a camera with a sensor that will rotate independently of the camera. In addition, the system will include an LCD screen on the back of the camera that will rotate in a similar manner and can control the orientation of the sensor inside. If Sony ever follows through with this patent and creates a real-life invention, switching the orientation of a photograph will no longer require any rotating of your camera itself.

Only time will tell if Microsoft, Samsung and Sony will follow through on their most recent patents. If they do, these inventions will transform the world of technology and add more fuel to the fire for companies to continue filing patents for future inventions.

An Apple a Day Makes the Consumers Stay

Microsoft files patent for head-mounted display; could this be “Kinect Glasses”?