If ever there was an appropriate time to quote Will Smith, this is the season.  What do you think of when you think of summer?  Let’s sit back and unwind with a little history lesson of inventions that are staples in most people’s summertime experience. 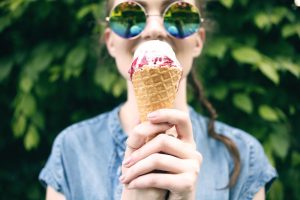 1.) Ice Cream Cone. The first ice cream cone was made in 1896 by Italian immigrant Italo Marchiony. He was given a patent for his cone in 1903. However, it was introduced to the world during the 1904 St. Louis World Fair by Ernest Hamwi, who was selling a waffle-like pastry next to an ice cream vendor. The ice cream vendor ran out of dishes, and Hamwi solved the problem by rolling one of his waffles into the shape of a cone. 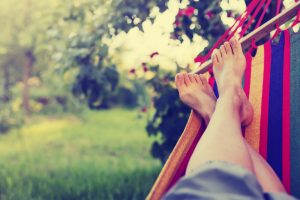 2.) Hammocks were used for many years by Native Americans, and Christopher Columbus made note of them in his native voyage saying, “A great many Indians in canoes came to the ship to-day for the purpose of bartering their cotton, and hamacas, or nets, in which they sleep.” 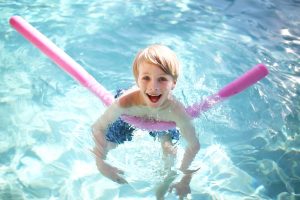 3.) Pool Noodles. The first foam water toy was known as a “water woggle” and was created by Koswell Holdings in the 1980s. Pool noodles are almost identical to the insulation used for pipes and people have used them inside buildings to save money. Our favorite alternate use? Sword fights. 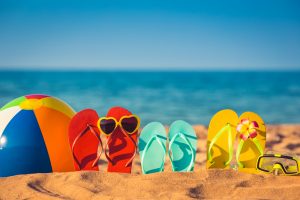 4.) Flip Flops. Not far from the pool noodle display at the store, you’re likely to find a bin of flip flops. Flip flops date back to ancient Egyptians sporting them in 1500 BC, but they gained major popularity in the United States when World War II soldiers returning from Japan brought them back. Their popularity began to surge in the 1960s and, in 2009, flip flops were a $20 billion-dollar industry…that’s impressive considering you can usually buy a pair for a dollar. 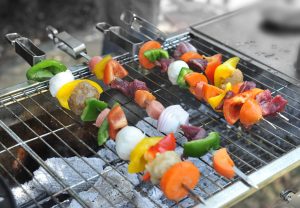 5.) Perhaps one of the oldest summertime inventions, evidence of skewer usage was found at a 300,000-year-old site in Germany. Today, skewers make eating at fairs and theme parks a breeze because what’s easier than walking around with meat on a stick?

6.) Besides waiting 45 minutes after you eat to go swimming, the only other rule of summer is to make sure you wear sunscreen. That SPF number you see everywhere? It was created in the 1960s by Franz Greiter and has become the standard in measuring the effectiveness of sunscreen. SPF is the fraction of sunburn-producing UV rays that reach your skin. So, an SPF-15 means that 1/15 of the radiation will reach your skin after applying a layer of sunscreen. 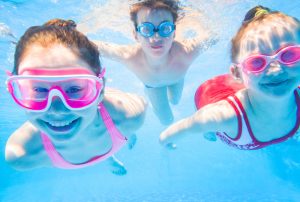 7.) Swim Goggles. These have been traced back to the 14th century. Persians would use tortoise shells to cover their eyes when diving for pearls. In the 1960s, swimmers would make goggles themselves out of plastic cups they attached to their heads with elastic. But starting in the 1970s, goggles began evolving into the form we see now. 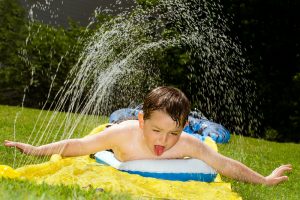 8.) Slip N Slide. The Slip N Slide was first introduced in the 1960s by toy manufacturers Wham-O. It was invented by Robert Carrier. It’s one of the most popular summertime activities, with sales reaching over 30 million. Measuring three feet wide and twenty feet long, It’s a great choice for cooling off when you don’t have access to a pool. 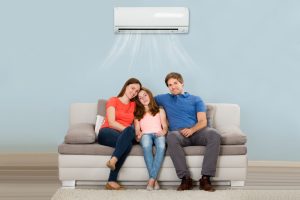 9.) Air Conditioning. Yeah, it’s fun to spend time in the great outdoors in the summer…but it’s also great to cool off inside. The first large-scale electrical A/C unit was invented and used in 1902 by American inventor Willis Carter. 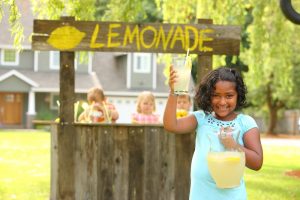 10.) Lemonade Stand. Summertime is the best time for the budding entrepreneur to start a business. Lemonade stands pop up on most streets at some point in the summer, and, once again, we can trace the drink back to the Egyptians. It was Paris company Compagnie de Limonadiers, however, who, in 1676, were first granted monopoly rights to sell lemonade. Vendors back then carried the drink in tanks on their backs, which is much less adorable than 5-year olds selling it at a table with homemade signs, yelling at you to stop as you drive by.