This Inventor is the Original ‘Piano Man’ 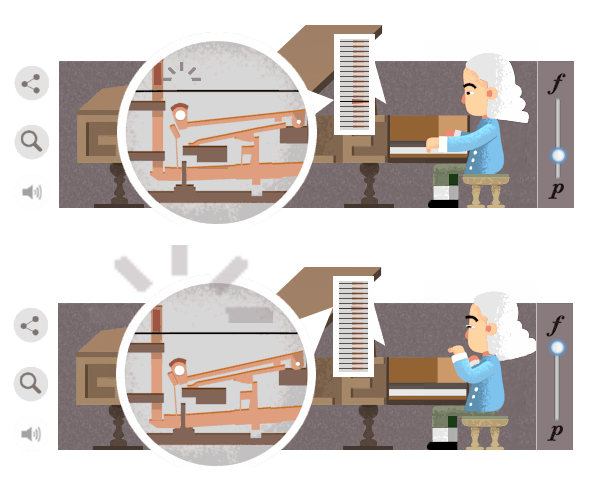 May is National Inventors Month! This month-long celebration promotes the inventors whose ideas have served as real contributions in the world.

When you think about inventors, names like George Washington Carver, Thomas Edison, Albert Einstein and Alexander Graham Bell might come to mind.

But in today’s blog, in honor of this inventors 361st birthday, we’re paying tribute to Bartolomeo Cristofori, just like Google did last year with Cristofori’s very own Google doodle.

Does his name strike a chord with you? If it doesn’t, you’ll want to listen to his story!

Though Cristofori likely isn’t a household name or a name that immediately pops into your head when you think of famous inventors, you’d be surprised to know that his invention is much more popular than you think.

As an Italian musical instrument maker, Cristofori has been credited with the invention of the pianoforte, or as we now know it, the piano.

Yes, Cristofori invented the piano – you know, the instrument that plays some of the most beautiful music, has helped create some of the most famous music pieces and has aided some of the world’s best musicians? Yes, we’re talking about that piano!

Cristofori’s invention idea started when he created a hammer mechanism that struck the strings on a keyboard to make a sound. Depending on how hard or lightly the hammer struck the key, the sound would either be louder or softer.

The ability to change the volume of the tones was a major breakthrough for the music world.

Before Cristofori invented the piano, he worked as a harpsichord maker. If you’re unfamiliar with the harpsichord, the idea of changing the loudness of the tones is very foreign for this instrument. So, Cristofori set out find a better way to make music.

How did he do so? As we mentioned before, his invention was comprised of a hammer that struck the strings to make either soft or loud sounds, depending on the amount of pressure placed on the key by the musician. He removed the plucking mechanism that’s commonly found on a harpsichord and replaced it with a hammer – thus laying the foundation for the piano!

The origin of the piano dates back to around 1709 and about four of his pianos existed by 1711.

But, like most inventions, the first iteration isn’t the last. In fact, it took Cristofori 25 years to improve his piano to the piano that we’re most familiar with. The frames for his piano were made of wood in the style of a harpsichord. Though his invention wasn’t accepted by his home country of Italy, it was the Germans who marketed and made the instrument popular.

If it wasn’t for Cristofori’s idea and his ability to think outside of the harpsichord, we can’t help but wonder where would the likes of Frederic Chopin, Ludwig van Beethoven and Johann Sebastian Bach, to name a few, be?

You see, there’s no idea too small or large. Who knows, maybe one day your invention idea will change the world like Cristofori’s idea did!