These Prototypes Just Got their Marching Orders

Perfecting a military invention in the prototype stage is crucial in ensuring the safety of our troops wherever they may be.

From helmets, to tanks to robotic donkeys, the United States military is constantly refining prototypes in order to make the best possible product.

Let’s take a look at three of the most recent military prototypes! 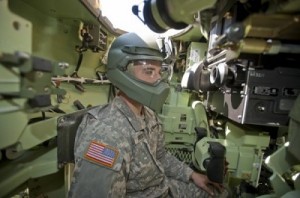 Modular helmets- After a study discovered that 72 percent of all soldiers’ head injuries occurred to the face, officials were forced to determine what equipment would provide the best protection.

In September, the United States Army released two new helmet prototypes. These prototypes were created to determine which modular design would work best to provide crew members with only one helmet versus the two that they currently use.

Prior to this prototype, crew members had to keep two helmets- the Combat Vehicle Crewman helmet and the Army Combat Helmet. The prototype will allow them to carry only one by altering the helmet for both mounted and dismounted soldiers.

In October of this year, Army leaders unveiled the helmets that came out of the Helmet Electronics and Display System-Upgradeable Protection program, which was a four year development effort that was led by Natick Soldier Research, Development and Engineering Center.

This modular variation of the current head gear offers soldiers face-protective 9mm plating and Heads Up Display that is powered by an Android phone and will provide the soldier with much better protection. The helmet will be equipped with better, more useful features than the current models. 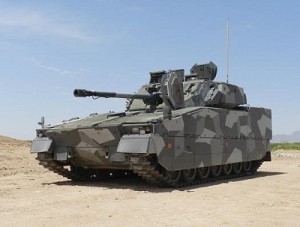 84-ton tank- Heavy is an understatement. The U.S. Army’s recent prototype for a new tank, the Ground Combat Vehicle weighs in at 84 tons, more than twice as much as it predecessor, the Bradley Fighting Vehicle. This new prototype will carry a nine-man squad into combat versus the previous six-man squad. The Ground Combat Vehicle will be able to withstand an improvised explosive device (IED), a threat that didn’t exist when the Bradley was deployed in the early 1980s.

What is the reasoning behind a tank this heavy? The massive size of this tank is necessary to protect the soldiers inside of the vehicle and increase their chances of survival if an explosion were to occur. The overall size and weight of this tank offers adequate space that will, in turn, allow the soldiers to wear armor while seated. The extra space in the tank also will help distribute pressure from a potential blast, lessening its impact.

The future of this tank is still uncertain; however, there are tentative plans to manufacture a tank that will weigh in at 84 tons. 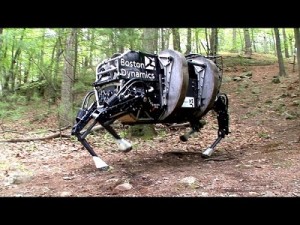 Robotic Donkey- Boston Dynamics invented the record-breaking Cheetah robot and the jumping sand flea robot; now, this innovative engineering company is at it again with their prototype of the LS3, or Legged Squad Support System, in the form of a futuristic donkey.

This prototype is designed to look and act as a pack-mule for soldiers and marines on the march. This large, four-legged unmanned robot is expected to be able to carry as much as 400 pounds, supply power to charge radios and handheld devices, follow soldiers through rough terrain and interact with the soldiers like a real, trained animal.

The initial robot’s agility and perceptiveness was first demonstrated back in early 2012; however, the Defense Advanced Research Projects Agency (DARPA), the U.S. military’s research arm, has recently decided to focus on the technology with a new $10 million investment.

The new version of the LS3 prototype is scheduled to be completed on March 31, 2015.

These prototypes are an integral step in the development process of inventing weapons and protection that will guard our soldiers and ensure their safety as they protect and serve our country all around the world. Only time will tell if these three inventions will move from the prototype stage to the manufacturing stage.