Security Robots Take To the Streets 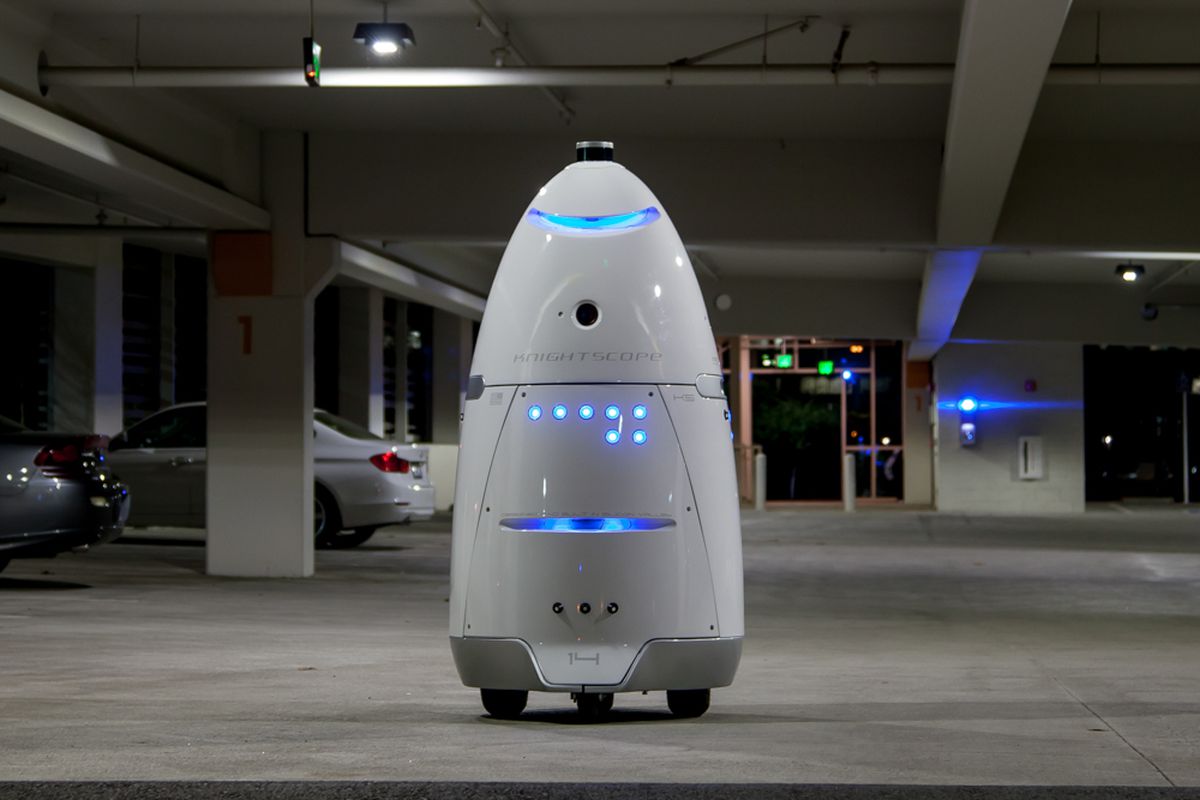 California start-up, Knightscope Inc., is revolutionizing the security industry. If you haven’t seen their latest invention already, you will soon.

The K5 is one of Knightscope’s more popular robots. Standing six feet tall and weighing 400 pounds, this is one security guard you won’t be able to sneak by. Patrolling parking garages, hallways, sports stadiums and shopping malls, the K5 is on the prowl for suspicious activity.

The state of the art technology which controls K5 allows the robot to scan people for concealed weapons or metal objects. Because some areas are just too dangerous to patrol for security guards, Knightscope’s robots have been used under dangerous bridges, in crime-ridden parking lots, and even homeless encampments.

The K5 is equipped with infrared cameras, capable of reading license plates and onboard wireless that is able to identify types of smartphones and even IP addresses. Knightscope can program the robot to blacklist certain individuals and will notify the company if the robots facial recognition software detects a certain person or automobile.

Current big-name clients include Microsoft, the Sacramento Kings, and NBC Universal, but the company projects to close deals with numerous other big name brands soon.

These autonomous security robots come in two models, one for outdoor use and one for indoor use; both serving the same function. Knightscope leases the K5 for about $7 per hour, less than what many companies currently pay human security guards.

Knightscope has brought innovation to an industry that nobody would have thought to touch. New product ideas are everywhere if you just use your imagination.