We’ve seen it countless times. Companies are continually trying to keep their foot in the technological door by inventing products that will one-up their competition. Although sometimes their innovations and ideas are widely accepted amongst members of society, there are a few inventions that just didn’t make the cut.

It may be hard to believe, but big name companies like Apple, BlackBerry and Sony to name a few, have had their fair share of flops when it comes to inventing the next best gadget.

Here are a few of their failed inventions that they wish they could forget about.

Apple Lisa– This personal computer that was invented 30 years ago in 1983 wasn’t one of Apple’s best products. Due to the fact that this large and boxy-designed product cost a staggering $10,000 and with countless delays in the release date, it seemed that the Apple Lisa was D.O.A. However, aside from the fact that this invention was one of Apple’s biggest gadget flops, the Apple Lisa did, however, become the first personal computer to use a GUI.

A GUI is a graphical user interface which allows the user to interact with electronic devices through graphical icons and visual indicators as opposed to text-based interfaces. The GUI offered a solution to the problem of difficult textual interfaces that were found in earlier computing systems. This interface is now standard on computers.

Solution– Although the Apple Lisa turned out to be a failure, through failure came success for the Macintosh. The first Macintosh was released in January of 1984. With this invention came the iconic Apple Macintosh “1984” Super Bowl ad: 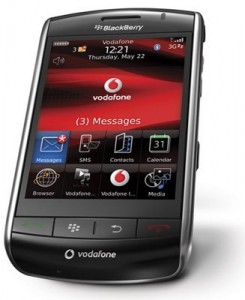 BlackBerry Storm– Everyone has a cell phone and that is why popular brands are constantly creating new ideas for inventions that will outshine their smartphone competitors. In 2008, BlackBerry introduced their first touch screen phone, the Storm, to rival the popular iPhone.  At the time, the new handset used a capacitive touch screen which was a mechanical component that allowed the entire screen to function as a button for confirming selections or initiating actions. However, this idea which was originally supposed to be helpful, turned out to be confusing. The root of this confusion came from the fact that the user could not tell if they had pressed a key or selected an application. In addition, the BlackBerry Storm’s battery life and lack of Wi-Fi connectivity proved to be major problems that were noted by consumers.

Solution– Just like Apple did with the failure of the “Lisa”, BlackBerry went back to the drawing board in order to invent a product that would become a success in the marketplace. In 2010, Research in Motion (RIM), created the BlackBerry 10. The entire phone was, by all appearances, drastically different and included a new operating system that was seen as a big improvement from their previous phones.

In May, BlackBerry announced the Q5, which features a tactile keyboard and 3.1-inch touchscreen. The jury of the general public has not yet decided if the latest attempt by BlackBerry is not guilty of inventing another failed gadget. 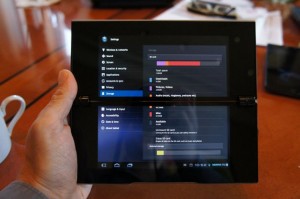 Sony Tablet P– In 2012, Sony tried to make their way into the world of tablets, only to realize that their first endeavor didn’t quite make the cut. The Sony Tablet P was a tablet that was small enough to fit in the consumer’s pocket.  Despite its portable-clamshell design, the Sony Tablet P had too many flaws including poor battery life, low internal memory and the device could only be charged using its proprietary power supply.

Solution– Sony said goodbye to the dual screen tablet and jumped on the classic tablet design bandwagon. Along with design upgrades, the Sony Xperia Tablet Z offers high resolution, 16GB of storage and much more.

Although these are just a few of the brands that ran into problems with certain invention ideas, solutions and new gadget innovation are always in the works. It seems that society has reaped the benefits of these companies’ failures, because these same failures fuel their success.