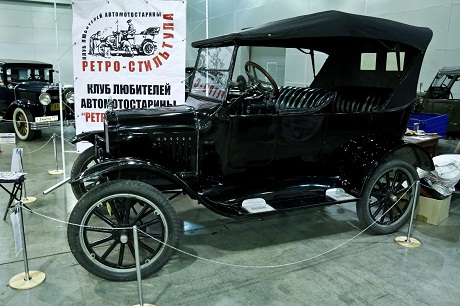 Ever since Henry Ford, who just happens to be one of Mr. Davison’s favorite inventors, introduced the Model T in 1908, Americans have had an affinity for the motor vehicle, in all of its shapes and, especially, with all of its enhancements!  Today, we take a look at a few of the automobile industry’s top innovations, in no particular order, of course!

Speaking of an order, even before Ford’s Model T, Alabama inventor Mary Anderson was prepared for weathering any storm.  She invented the first spring-loaded, rubber-bladed windshield wipers!  At the time, they were intended for streetcars, but became an automobile essential by 1917.

Not to be taken for granted, the first automobiles didn’t have a starter, but had to be hand-cranked at the start of a trip.  Inventor and eventual vice president of General Motors, Charles Kettering, patented an “engine starting device” in 1911.

Merging into traffic may be nearly impossible without Texas race-car driver and inventor Ray Harroun’s 1911 automobile innovation – the rearview mirror!  He won the Indianapolis 500 with his device, a small mirror attached to his windshield.  At the time, other drivers used riding partners to watch for oncoming traffic.

While not a standard feature ON automobiles, Ford’s 1913 conveyor-belt assembly line made it possible to produce automobiles for the masses – one every 93 minutes, to be exact!  Ford’s method also inspired Mr. D, who followed the example when devising the Davison Inventing Method.  In fact, Mr. Davison is even known as “the Henry Ford of inventing,” because he has made it affordable for anyone to pursue their ideas! 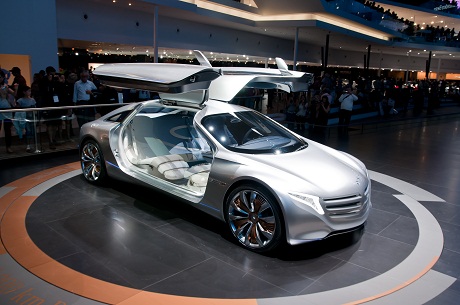 Really revving up the industry was the mass production of the V8 engine and we have Cadillac to thank for that!  In 1915, the company introduced a 70 horsepower L-Head V8 engine.  Again, we can thank Henry Ford for making a more affordable model, which he introduced in 1932.

An automobile made out of corn and soybeans?  We think so!  Now termed “bioplastics,” the Ford Motor Company began experimenting with plastic automobile components in the 1920s.  In 1941, they introduced the first bioplastic car – but it never made it to production.

What’s that you’ve got in your trunk?  An air conditioner?!  The Packard Motor Company introduced the first built-in air conditioner in 1939, right before the U.S. entered World War II.  The huge option filled half a trunk and cost over $4,000!

Now, here’s a feature that does not come “standard” – automatic transmission!  Again attributed to Charles Kettering and General Motors, the four-speed transmission was introduced to the masses in 1940 Oldsmobiles, but it didn’t really catch on until Cadillac buyers made it their preferred option.

No automobile could pass an emissions inspection today without the next invention on the list, the catalytic converter!  The device, which converts toxic gases into harmless ones, was pushed to the forefront when the EPA set exhaust restrictions in 1975.  We (and Mother Nature) thank you!

To read more about these made-in-the-USA automobile innovations, visit http://editorial.autos.msn.com/made-in-the-usa.