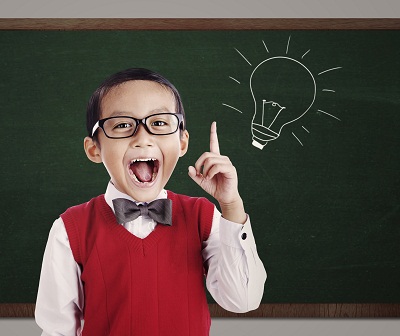 The best thing about an idea is that anyone can have one: young or old, man or woman, it doesn’t matter. Everyone has ideas. But, the thing that separates inventors from everybody else is that they act on their ideas and try to turn them into something real. It takes hard work and determination to turn your idea into a product; which is probably why most inventions are brought to market by adults. But, what if we told you that there are a surprising number of inventions that were developed by kids? That’s right, kids! There are some remarkable kids out there who not only had an idea for a new gadget or device, but had the fortitude to go through all of the steps to bring it to market. So let’s meet a few of these young inventors who never listened when someone said, “You can’t do that, you’re just a kid.” 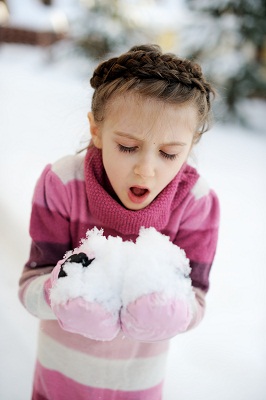 Kathryn Gregory, of Bedford Massachusetts, who became an inventor in 1994 when she was just ten years old. One day, she was outside building a snow fort on a snowy winter’s day. After a while, her wrists started to hurt because the snow got into the space between her coat and her gloves. Rather than complain about it, she fixed the problem by inventing Wristies; protective winter gear that was designed to be worn under your coat and gloves to block the snow, wind, and cold from entering any unprotected gaps. The story goes that she tested the invention with her scout troop who really liked them. Encouraged by her “market research,” she started a company. By 1997, her company was manufacturing Wristies and she became the youngest person to sell on QVC. Her company continues to prosper almost 20 years later. 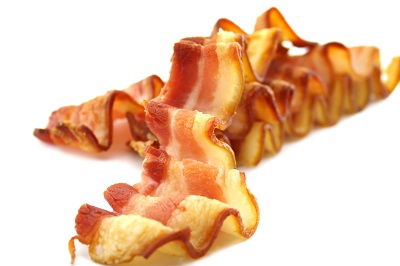 Abbey Fleck, who was eight when she invented “the best way in the world to cook bacon;” the MAKIN’BACON microwave dish. The story goes that back in 1991, Abbey was making bacon withher father who always laid the bacon out on a paper towel after microwaving to absorb the excess fat. Well, that day he ran out of paper towels and laid the bacon out on a newspaper. Needless to say, her Mom wasn’t pleased, to which Dad responded “I couldn’t just let it drip dry.” But Abbey said, “Why not? Let’s put the bacon on a rack with a dish underneath to catch the drippings.” Bingo, the MAKIN’BACON dish was born. So Abbey and her Dad tinkered around with some designs and came up with the MAKIN’BACON dish, with a triple rack to hang bacon on while it’s cooking in the microwave, a bowl to catch the drippings, and even a handle to take it safely from the microwave. Today, the dish is still going strong and sells at Wal-Mart, Kmart, Target, Le Gourmet Chef and many other stores. Abbey is all grown up now, but she still loves her bacon! 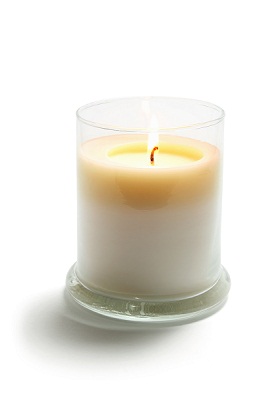 Hart Main, who was 13 when he invented Man-Cans, candles in more “man-friendly” scents. As Hart tells the story, his sister was selling candles for a school fundraiser that had “really girlie scents” like apple, cinnamon, and lavender. Hart had an idea to make candles that had more manly aromas, like coffee, grass, campfire, and even sawdust. So, he bought some supplies with a $100 he made from delivering newspapers and went to work. He used high quality paraffin that he melted on his Mom’s stove and poured it into old soup cans that had the labels removed—he used cans because he didn’t want a manly scented candle in a “girlie” glass jar. He went around school and his neighborhood and sold his candles one at a time. He soon ran out of old cans so he went to the market and bought cases of soup. But now he had another brilliant idea: rather than throw the soup away, he gave the soup to a local soup kitchen to feed the homeless. In the three years he has been in business, his company has donated to more than 18 soup kitchens in the Ohio River valley and served more than 50,000 meals to the homeless. Oh yeah, he’s sold a lot of candles too!

These are just a few of the many inventions that came from kids. Others include earmuffs, the trampoline, the Popsicle, and even Braille—the alphabet using raised dots that enables the blind to read. There are so many other stories, but it’s pretty clear even from these few—kids are pretty smart. So, the next time your child or niece or even the neighbor’s kid says, “Hey, I have a great idea”, instead of laughing off the possibility that a kid could come up with a great invention, you may just want to open your ears and listen!