If you ask someone what the future will be like, some common answers are that there will be flying cars or that we will be able to travel back into time, etc. But, there was one inventor and idea man, in particular, that just so happened to predict the future, and the future that he predicted is now!

It all began in 1964 when a science-fiction writer by the name of Isaac Asimov used his creativity and imagination to invent an idea of what the future would look like; and, by the looks of it, he was pretty spot on.

Let’s take a look at a few of Asimov’s invention predictions! 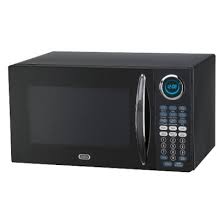 Microwave- We have already written a blog that was solely devoted to the invention of convenience, otherwise known as the microwave. But, long before our blog post, Asimov predicted that there would be an invention that would prepare “automeals” and that complete lunches and dinners with the food semi-prepared would be stored in the freezer until ready for processing (hello, TV dinners). It’s safe to say that Asimov’s invention prediction number one was accurate. 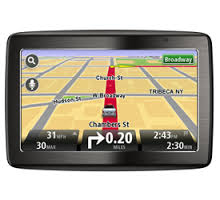 GPS- Road maps are now seen as a sort of historical document, ever since the GPS was invented. Now, you can travel uncharted territory and go from point A to point B with a small invention that is either incorporated into your car’s dashboard,  sticks to the inside of your car’s windshield or is available on your Smartphone. Asimov predicted that “Much effort will be put into the designing of vehicles with ‘robot-brains’ (vehicles that can be set for particular destinations and that will then proceed there without interference by slow reflexes of a human driver.)” The invention that Asimov described is pretty close to the GPS that we use today. And, he might not be far off with his prediction of vehicles proceeding without interference by slow reflexes of the human driver; because, there are countless projects, one of which was conducted in 2013 at Carnegie Mellon University, where they invented a working prototype of a self-driving car. Stay tuned to see if Asimov’s second prediction comes completely true!

FaceTime/Internet- So, your loved one or your friend is on the other side of the country or even across the pond; but, that doesn’t matter because you can still talk to them face-to-face via FaceTime and the internet. These two inventions have revolutionized the way that people communicate and Asimov predicted this future invention by saying, “Communications will become sight-sound and you will see as well as hear the person you telephone.” He continued to say that “The screen can be used not only to see the people you call but also for studying documents and photographs and reading passages from books.” How would this be possible? Asimov said that “synchronous satellites, hovering in space will make it possible for you to direct-dial any spot on Earth, including the weather stations in Antarctica.” These invention predictions made by Asimov sound a lot like the tablets and computers that we use on a daily basis, both leisurely and for our business efforts, too.