Heading Toward Safety: The Evolution of the Football Helmet 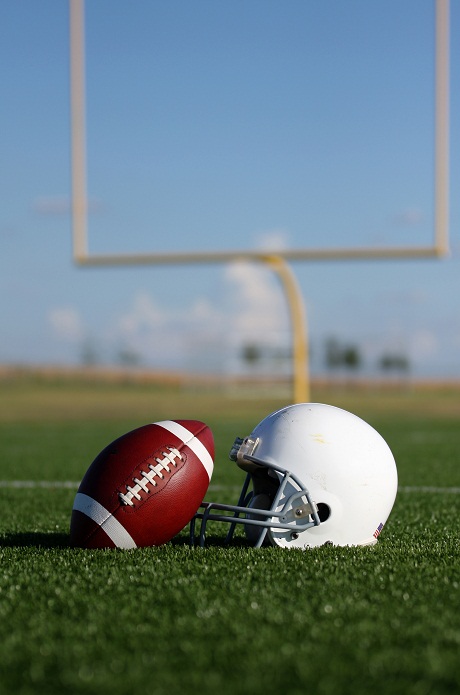 Are you ready for some… protection?  With football season underway, let’s examine that ever-so-important piece of equipment players wear to protect themselves on the field… their helmets!

High school football coach John Riddell is credited with inventing the first plastic helmet in 1939, although it was not widely accepted until the early ’50s.  Riddell’s plastic protector was lined with a web and an air cushion for added hit-absorption.  His helmet was such a success, he left coaching to pursue the manufacturing business; today, you can find Riddell’s name on 90% of NFL players’ heads!

About a decade after Riddell’s hard-headed invention, the National Operating Committee on Standards for Athletic Equipment deemed the “webbed” helmets unsafe and padding was incorporated into the design.  Further absorbing a lineman’s tough tackle, foam was added around the jaw and ears of helmet interiors. 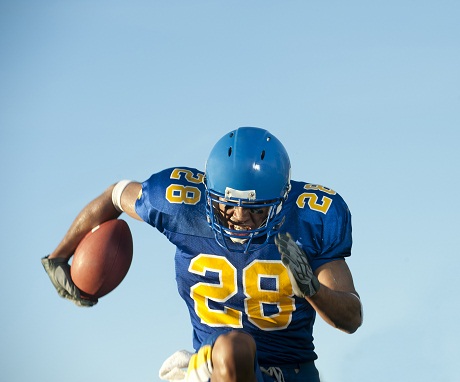 In the 1970s, long before Reebok came out with their Pumps, the helmet was air-infused.  Because they had been “one size fits all,” some players’ heads were rattling around inside, while other players were cramped in their helmets.  With the added air-filled pads, players could pump or remove air from their helmets for a snug fit.

Further advancing the helmet’s protective capabilities, manufacturers have taken it to the next level.  The latest innovation to the protective headgear includes electronic devices with diagnostic capabilities.  These high-tech helmets can instantly read the length and severity of a hit… in some cases, before a player even notices an injury!

So, as you’re tuning in this weekend – look away from your fantasy football stats for a moment and take a look at the protective headgear your favorite players are sporting!