Five Things you Might Not Have Known About Walt Disney 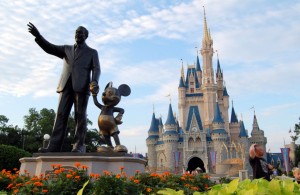 Saturday, December 5th would have been Walt Disney’s 114th birthday!

Walt Disney is known as one of the most creative animators and entrepreneurs of all time. Did we also mention that he just so happens to be one of our founder and CEO George Davison’s inspirational heroes, too?

Born on December 5, 1901 near Chicago, Illinois, Walt Disney always had an innate desire to create.

Though we know Walt Disney, of course, for his popular creations of Disneyland and Disney World, we wanted to share with you five fun facts that you might not have known about Walt Disney himself!

Without a doubt, Walt Disney’s creativity and innovative legacy live on through the many parks, films and other memorabilia that now bear his name.

So, to commemorate Walt Disney’s birthday, we hope that you enjoyed these five fun facts that you might not have known about the man whose creativity continues to inspire creative minds all over the world!

If you have the same undeniable determination to bring your creative ideas to life, submit your idea today.