Women all over the world unite during March to celebrate National Women’s History Month. Throughout history, women have made significant contributions to innovation. Many products that we commonly use today, such as windshield wipers, the circular saw, hydrometer and liquid paper, were invented by women.

At Davison, we’ve come to realize that the best inventors are just everyday people who have found a solution to a problem in their routine tasks – like female inventor, Bette Nesmith Graham. 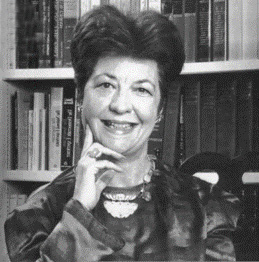 Bette was an executive secretary in Dallas who was often frustrated by the fact that one simple typing error resulted in having to retype the entire document. As an inspiring artist, Bette found inspiration in the way painters correct their mistakes by simply painting over them. She thought the same theory could apply to her typing, so one day she took a bottle of her white tempera water-based paint and a paintbrush with her to work. Not long after, other secretaries in her office began asking for her mistake correcting liquid.

Eventually, Bette realized her creation could help typists like her around the country. She turned to her son’s high school chemistry teacher for helping developing a more suitable substance. In 1956, Bette sought help from friends and family to bottle and sell the product which was then called “Mistake Out.” By 1967, Bette’s invention was renamed “Liquid Paper” and had turned into a million-dollar business.

It’s women inventors like Bette who are truly inspirational. They are ordinary people with extraordinary ideas. Davison has helped several women inventors just like her. Below are three stories of everyday women who had an idea and came to us for help developing it into a product.

Jean wanted an easier and healthier way to cook meatballs. She came to us with the idea and we helped her design it. In 2008, Jean received the good news that her idea was licensed by Xtraordinary Home Products. The  Meatball Baker sold out in the first half hour of its debut on QVC. Since then, the Meatball Baker has sold in Bed Bath & Beyond, A.C. Moore, Avon, Sky Mall and many online retailers. 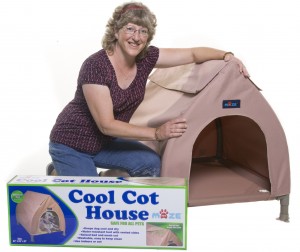 Sharon often went camping and wanted a comfortable, convenient shelter for her pets to use. She could not find a product currently on the market that would solve this problem, so she decided to invent it herself. The finished product, the Cool Cot House, features a water-resistant tent with a vented roof, raised bed and mesh cot designed to keep dogs and cats cool and dry. In 2010, Sharon shared her inventing story on Lifetime TV’s “The Balancing Act” alongside Davison CEO, George Davison, and the president of Hugs Pet Products — the company that licensed the Cool Cot House. 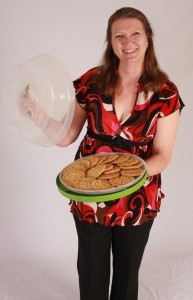 Joy loved going to get-togethers, but always had a problem transporting the deviled eggs she prepared from her house to the party. She searched for proper containers in stores and came back empty handed. After coming to us for help designing the product, it was licensed by a company looking for new items in their line of functionally unique housewares. The Party Traveler transports not only deviled eggs, but also a variety of other foods, including cupcakes and veggies, in a neat and easy-to-carry tray.

At Davison, we are very proud of these women and their inventions and we look forward to more female inventors and innovative products in the future.