Microsoft Wants to Put You in the Game… Literally 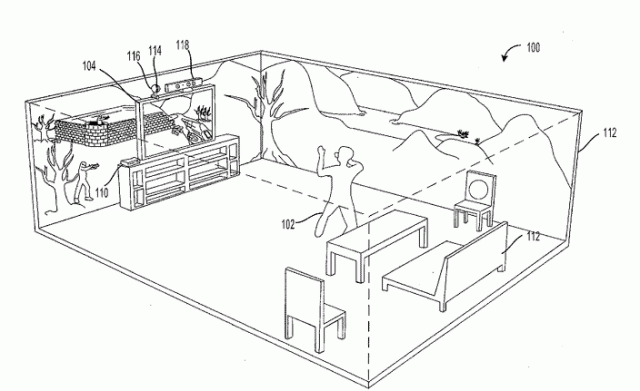 If you think this abstract from Microsoft’s 2011 patent application sounds like a bunch of tech mumbo jumbo, we don’t blame you. On the flipside of the mind-numbing legalese used to describe what Microsoft is calling the Immersive Display Experience is a gaming platform that might just take home entertainment to the Next Generation. Anna Leach of The Register has already compared the immersive display to the “Star Trek” holodeck.

By filling your game room walls with the very same environment created by the game, Microsoft wants to push Xbox games beyond the screen and put them all over your house. So instead of playing “Sonic and Tails,” gamers could imagine games like “Sonic and You.” The patent describes a situation in which you “may turn around and observe an enemy sneaking up from behind” while playing a game.

According to The Register, “the peripheral image would be created by a 360-degree projector and would adjust as the gamer moved around in the game, and in the room. Eye-tracking tech would ensure that the scene shifts as the user looks around it. A special built-in mechanism would avoid shining light into the user’s eyes.”

Games of the “Future” from the Past 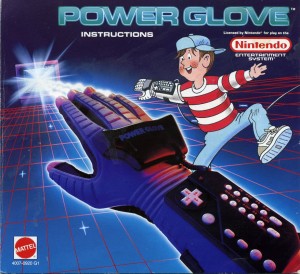 The Nintendo Power Glove — The first peripheral interface controller to recreate human hand movements on a television or computer screen in real time. The Power Glove was not popular and was criticized for its imprecise and difficult-to-use controls. — Wikipedia

Time Traveler or Hologram Time Traveler – A stereographic laserdisc FMV arcade game released in 1991 by Sega and designed by Dragon’s Lair creator Rick Dyer. It is called the “World’s First Holographic Video Game,” because it uses a special arcade cabinet that projects the game’s characters. — Wikipedia

The Virtual Boy — A table-top video game console developed and manufactured by Nintendo. It was the first video game console that was supposed to be capable of displaying “true 3D graphics” out of the box, in a form of virtual reality. — Wikipedia 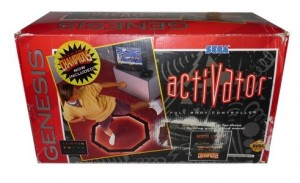 Sega Activator — A 1993 peripheral based on a musical instrument called the Light Harp conceived by musician Assaf Gurner. Marketed as a new type of martial arts simulator, it is an octagonal device that lays flat on the floor and reads a gamer’s physical movements. As the player moves, infrared laser beams translate the movements into game inputs. – Wikipedia

Gnilley — You navigate the suspiciously Zelda-looking backgrounds with your keyboard and destroy enemies by screaming at your computer as loud as you can. The louder you scream, the faster they die. Yelling at different intensities allows you to bypass certain obstacles, and … yeah, that’s pretty much the whole game. If you get stuck, don’t worry: This is the only game where getting frustrated actually helps you. – Cracked.com

It’s not likely that Microsoft’s Immersive Display Experience will ever end up on a “worst-of” list like the aforementioned butts of jokes. But if it does, we’ll scream if the list leaves out Gnilley!