With every new idea, every time-saving innovation and every life-changing invention, one idea remains in the shadows, as the gold standard for comparison. Today, the iPad, Google Glass or 3D TVs might seem like the greatest devices ever created, but they have constant competition from an invention from 1930, the invention of sliced bread. 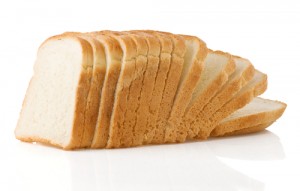 “Wonder Bread was originally produced by the Taggart Baking Company of Indianapolis, Indiana and debuted on May 21, 1921, after a blind promotion with ads that only stated a “Wonder” was coming on May 21, 1921. When it was launched, the new brand was named by vice president for merchandising development Elmer Cline, who was inspired by the International Balloon Race at the Indianapolis Motor Speedway. Cline was filled with “wonder” by the scene of hundreds of balloons creating a kaleidoscope of color resulting in the iconic red, yellow and blue balloons featured on the Wonder Bread logo…In the 1930s, Continental Baking began shipping Wonder Bread in sliced form, one of the first companies to do so, a significant milestone for the industry and for American consumers…” – Wikipedia

After years of enjoying delicious white-bread sandwiches, it’s time to give back to the city that gave us pre-packaged sliced bread. As you visit the birthplace of sliced bread, make sure to grab some delicious diner food and maybe some duckpin bowling.

The Fountain Diner has both, and is located in the Fountain Square Theatre Building at 1105 Shelby Street in what was once the luncheonette of a F.W. Woolworth store. 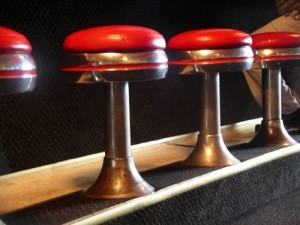 According to Fountain’s website, “After the Fountain Square Theatre closed in 1959, Woolworth’s occupied the ground floor of the building until it also closed in the late 1960’s. The space then housed a variety of other businesses including an office furniture store and a thrift shop until it was renovated in 1994 as part of the restoration of the Fountain Square Theatre Building. The diner was reopened using the original soda fountain, grills, counter and stools obtained from another local Woolworth’s store that closed in 1994. The pink, green and blue mosaic tile background is original to the space as well as the diamond motif that runs along the grill area.”

To work off that malt and burger, head over to White River State Park, Indiana’s only urban state park filled with attractions and entertainment. The park houses an IMAX theatre, The Indiana State Museum, Victory Field (home of the Pittsburgh Pirates Triple A affiliate), The Indianapolis Zoo and White River Gardens just to name a few.

Cap your day of touring Indianapolis off with a hearty steak. St. Elmo Steak House has been a landmark in downtown Indianapolis since 1902. It is the oldest Indianapolis steakhouse in its original location, and has earned a national reputation for its excellent steaks, seafood, chops and professional service. Founded by Joe Stahr, the restaurant was named after the patron saint of sailors, St. Elmo. Starting out with a beautiful tiger-oak back-bar purchased in Chicago, the restaurant was simply a small tavern with a basic menu. Through the years, its classic turn-of-the-century Chicago saloon decor has changed very little, beyond the inevitable expansions.

There’s a bevy of other things to do in and around Indianapolis, including the Indianapolis Speedway and the NCAA Hall of Champions. Remember that much like a bologna and white bread sandwich, when visiting Indianapolis; it can be precarious to try to cram too many ingredients into one day. 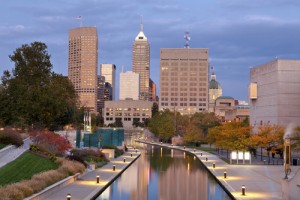