‘Tis the Season for Holiday Inventions

The holiday season is in full swing and with this time of year comes festive decorations and treats that are appropriate for the season.

From sparkly tinsel to tasty peppermint candy canes, the holidays, especially around Christmastime, are filled with joyful and merry inventions that add a little flair to your celebrations.

Let’s take a look at some of the sweet and festive Christmas inventions that will fill you with joy and cheer! 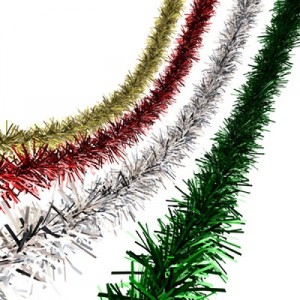 Tinsel-. Although, it is still a little unclear about where tinsel was first invented, many people agree that it was first made in Germany in the 1600s.

Tinsel was originally created by hammering out a paper thin silver alloy that was then cut into strips. Its first use was not only to decorate Christmas trees, but, it also was used as a common decoration for anything that needed some extra shine and glisten.

At its inception, candles, lanterns and fireplaces were the main sources of light in homes and reflective surfaces were, many times, used in order to maximize the light in the room, thus making shiny tinsel a great light source as well.

At the time, the same tinsel was used year in and year out; and, although that was a good idea, the truth of the matter is, silver has the tendency to tarnish. By the 1920s, the invention received a facelift and there was ultimately a better way to make tinsel that wouldn’t tarnish; thus, aluminum base began to be used. By the 1950s, the aluminized paper proved to be a fire hazard when paired with lots of lights and decorations on a dry Christmas tree.

The tinsel that we use today is made from Polyvinyl Chloride (PVC). Although there are environmental concerns about the new materials used to create tinsel, we can definitely say that this invention glistens with innovation. 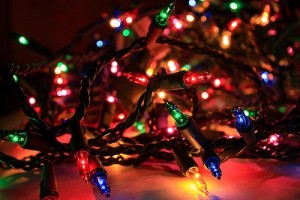 Electric lights- Take a spin around your neighborhood during the month of December and you’ll be sure to see houses decked out in sparkly lights. These decorations have been around for quite some time, but the idea of illuminating trees started in the middle of the17th century when small candles were used to light them.

As you can imagine, burning candles on a tree probably wasn’t the smartest or safest idea; however, during the time, the candles did the trick to add a festive touch to the holidays.

The invention of electric lights on a string was mass produced around 1890 and by 1900, department stores began using lights for their Christmas displays.

Now, thanks to Johnson, houses, store fronts, Christmas trees and many more things continue to be illuminated by this bright invention. 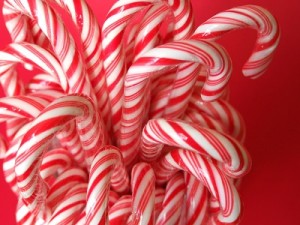 Candy canes- What’s red and white and minty all over? If you guessed a candy cane, you are right! Although legends continue to swirl (pun intended) about the origins of this ‘sweet’ invention, the first historically-recorded mention of this holiday treat was from the year 1670 in Germany. It is said that the invention of the candy cane came to be when a choirmaster bent sticks into the shape of a shepherd’s cane to hand out to kids. However, the first mention of candy canes in America wasn’t until 1847 when a German-Swedish immigrant to Ohio used them to decorate a spruce.

In contrast to the candy canes that we know today, the original canes were all white. It wasn’t until the 20th century that the red stripes were added. The invention of the candy cane began to catch on in the 1920s when Bob McCormack began using the candy as Christmas treats for the community in Albany, Georgia.  In the 1950s, his brother-in-law invented a machine that automated the process.  As years went on and technology advanced, McCormack’s descendants created packaging advances that allowed them to ship the fragile canes to people around the world, turning their company, Bobs Candies Inc., into the world’s largest producer of candy.

Glistening tinsel, sparkling lights and minty candy canes are only a few examples of some of the most festive holiday inventions that are commonly used around this time of the year.

‘Tis the season to use these festive inventions!