This Idea Man Continues to Leave his “Mark” 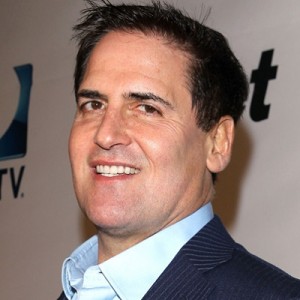 As of September 2013, this self-made idea man has a recorded net worth of $2.5 billion. As the owner of a popular NBA team, Mark Cuban has taken his ideas and has made them into lucrative business dealings.

Born and raised in the very city and state that is home to our design facility, Inventionland, Mark Cuban was born on July 31, 1958, in Pittsburgh, Pennsylvania.  Cuban lived a seemingly normal childhood with hardworking grandparents and parents that instilled a sense of tenacity in their children to make a good life for themselves.

When it was finally time for college, Cuban started his education at the University of Pittsburgh, but soon left and transferred to Indiana University. After graduating in 1981, Cuban moved back to his hometown and took a job with Mellon Bank, right at the time when the company was making its transition to using computers. This was a learning experience for Cuban and allowed him to immerse himself in the study of these machines and their networking capabilities. In 1982, he left his hometown and made his move to Dallas, a move that would pay off (literally) in the long-run.

Just like many famous inventors, who began a career only to realize that they could find a better way to do it on their own, Cuban was one of those innovators. After moving to Dallas, he landed a job selling software, but decided that he had an idea for a better way to sell computer software. Soon after starting his own consulting business, MicroSolutions, he became an expert in the world of computers and computer networking.  He was so successful that his business soon turned into a profitable company. In 1990, he sold his firm to CompuServe for $6 million. This idea resulted in his first success as a businessman.

This was just the beginning of Cuban’s success. Knowing that the idea of the internet was only going to expand, Cuban and a business partner decided to capitalize on this opportunity and in 1995, started AudioNet.  Because of his desire to listen to Indiana Hoosier basketball games online, this company was born. The company proved to be a large success and when the firm first went public in 1998; its stock reached $200 a share. A year later, Cuban and his business partner sold their idea to Yahoo! for nearly $6 billion.

But even with all this business success, Cuban, perhaps, is best known for his presence in the National Basketball Association (NBA). In 2000, he had an idea to purchase an NBA team; and, purchase an NBA team is exactly what he did. That year, he bought the Dallas Mavericks for $285 million from Ross Perot Jr. Before Cuban, the Mavericks were a broken franchise with a losing record. But, that changed quickly, once he infused his enthusiasm and business smarts to revamp the culture of the team and its roster, as well as build a new stadium equipped with facilities that pampered his players. 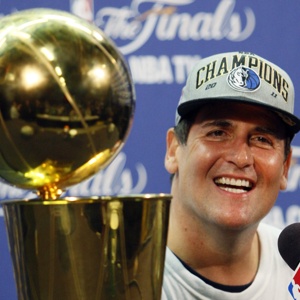 Cuban did not lose sight of innovation as the owner of the Mavericks. He quickly became the first owner to start his own blog, which offered audiences everywhere a mix of his own tech ideas and his thoughts on NBA basketball.

Recently, Cuban made his way into the HD TV market with a new startup, HDNet. Additionally, in 2003, he purchased the Landmarks Theatre chain and also owns a stake in Lions Gate Entertainment.

Shockingly enough, Cuban has had his hand in the world of patents as well. In December 2012, he donated $250,000 to the Electronic Frontier Foundation to, in his own words, to “eliminate stupid patents,” in order to assist with their legal efforts to reform the patent system.

One thing that isn’t on Mark Cuban’s resume is charges of insider trading. Recently, Cuban was acquitted of charges in his case against the SEC (Securities and Exchange Commission) that he had sold his shares in Internet search engine mamma.com based on private information that he received from the CEO on a planned stock placement that would dilute the value of his holdings.

The trial lasted three weeks and it only took a Texas jury comprised of seven women and two men a matter of hours to tell the SEC it didn’t have adequate information to charge Mark Cuban.

So, has this idea man planned to slow down anytime soon? The answer is an emphatic “no,” as entrepreneur Mark Cuban continues to make lucrative business dealings. Only time will tell what project he will have his hand in next!