The ‘Light’ at the End of the Tunnel: Daylight Saving Time

On Sunday, March 9, we will be pushing our clocks forward! Despite the fact that we will lose a coveted hour of sleep, we are one step closer to a warm, spring breeze filling the air.

Daylight Saving Time, or DST for short, is a change in the standard time with the purpose of getting better use out of the daylight hours. This is done by having the sun rise one hour later in the morning and set one hour later in the evening. This idea has only been used in the past hundred years, but the idea of DST was conceived many years prior. 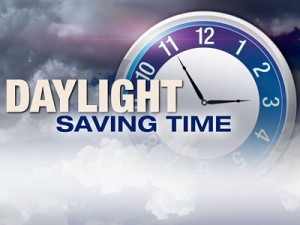 Let’s start with the origin of DST. Ancient civilizations were known to practice a very similar process to the idea of DST when they would adjust their daily schedules according to the sun.

The question of when DST was first conceived still floats around and so, too, are the ideas of who started this concept. Some say it was by Benjamin Franklin in 1784 during his stay in Paris. This is when he published an essay titled, An Economical Project for Diminishing the Cost of Light (that’s a mouthful). This essay proposed to economize the use of candles by rising earlier, in order to make use of the morning sunlight.

Others believe that modern DST was first proposed by an entomologist from New Zealand by the name of George Vernon Hudson in 1895. Hudson presented a paper to the Wellington Philosophical Society that suggested a two-hour shift forward in October and a two-hour shift back in March. Although there was an interest in the idea, it was never carried out. 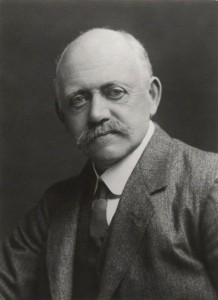 Although these two theories continue to swirl around today, the invention of DST can essentially be credited to William Willet. In 1905, he came up with the idea to move the clocks forward in the summer to take advantage of daylight in the mornings and the light in the  evenings.

His idea proposal suggested moving the clocks 80 minutes forward each of the four Sundays in April and then switching them back by the same amount of time on four Sundays in October.

This idea caught the eye of Robert Pearce, who then introduced a bill to the House of Commons in February 1907. In 1909, the first Daylight Saving Bill was drafted and presented to Parliament several times and then examined by a select committee. Unfortunately, Willet passed away in 1915 before he could ever see his idea come to fruition.

Willet’s reason behind DST was so that people could enjoy the sunlight more. However, when his idea came to life in World War I, it was for a different reason, to conserve energy in Germany. Weeks later, the United Kingdom followed and introduced “summer time.”

As some believe in the United Sates, DST was intended to benefit farmers. However, the agricultural industry was strongly against the time switch when it was first implemented on March 31, 1918 as a wartime measure. The clock wasn’t what dictated the farmers’ schedules; it was the sun. So, DST was a very disruptive practice, because the farmers had to wait an extra hour to do their daily tasks.

Did you know that both Arizona, with the exception of the state’s Navajo Nation, and Hawaii do not observe DST? Also, the U.S. territories of the American Samoa, Guam, Puerto Rico, the Virgin Islands and the Northern Mariana Islands also remain on standard time all year.

Just as an aside, many people make the term’s second word plural (Daylight Savings Time). However, the word “saving” acts as a part of an adjective rather than a verb, so, the singular form of the word is grammatically correct!

We hope that you enjoyed today’s little history and grammar lesson on the idea and invention of Daylight Saving Time! Don’t forget to push your clocks forward on Sunday, March 9!