The Daily ‘Grind’: A Brief History of Coffee

Whether it is the first thing you do when you wake up or when you get to the office, at some point in the day, for most people, getting a cup of coffee factors into the equation.

This deliciously-caffeinated beverage that now comes in countless combinations from half-caf to decaf, regular to flavored and everything in between, seems to run through the veins of people far and wide. 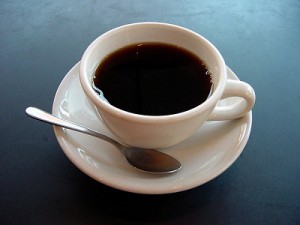 Today, we are going to take a look at the ‘perks’ of the invention of coffee.

In 2013, it was estimated that 2.25 billion cups of coffee were consumed each day worldwide. As a people, we love it; we rely on it to push us through that two o’clock slump; and, we drink this ancient beverage till our hearts are content.

The most popular story of the origin of coffee is the Ethiopian legend where coffee was discovered by a goat herder named Kaldi. He found his goats playing and full of energy after eating some red berries off of the coffee shrub. Kaldi then tried the berries and had a similar reaction. A monk witnessed the strange behavior of both Kaldi and his goats, and he took some of the berries back to his fellow monks. After they tried the berries, they too spent the night awake and alert.

Before coffee became a staple in our morning routines, there were a variety of different preparations. The most basic and unprocessed form of coffee is a cherry-like fruit. At the center of that berry is the coffee bean.

Around 1000 A.D. another drink surfaced that was made from the coffee fruit as a whole and included the beans and the hull. However, it wasn’t until the 13th century that people began to roast the coffee beans, thus creating the first step in the process of making modern coffee.

The coffee that we know today originated in Arabia and became popular in the 13th century with the Muslim community, for its stimulant power, which was useful during long prayer sessions.

By the 17th century, coffee made its way to Europe and quickly became popular across the continent. There was much controversy surrounding the beverage after opponents called it the “bitter invention of Satan.” But, after Pope Clement VIII intervened, the drink was approved and major cities like England, Austria, France, Germany and Holland became home to coffee houses that were centers for social activity and communication.

The New World welcomed coffee plants during the early 18th century. However, it didn’t become popular in America until the Boston Tea Party of 1773, when tea drinkers made the switch to coffee as a sort of patriotic duty.

The love of coffee swept the world by the late 1800s when entrepreneurs began to capitalize on the popular beverage. In fact, in 1864, a brother duo by the names of John and Charles Arbuckle from Pittsburgh, PA, which is the home to our very own Inventionland, bought Jabez Burns’ newly-invented, self-emptying coffee bean roaster. The brothers then began selling pre-roasted coffee by the pound in paper bags. 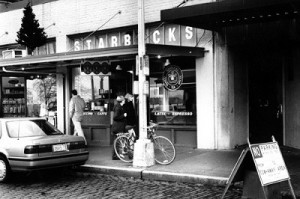 The coffee game was forever changed in 1971 when the first Starbucks opened in Seattle. Now, you can be sure that there is either a Starbucks or local coffee shop within a five mile radius around you. From what was once discovered by the observation of goats to a beverage that is consumed every day, multiple times a day in some cases, coffee will continue to be the lifeblood of people from all around the world.

That was a ‘latte’ information that we hope you enjoyed!