The ‘Bottled’ Up History of Coca-Cola 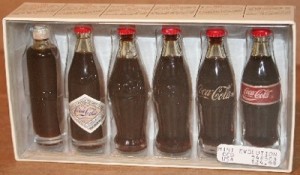 There is nothing quite like an icy-cold and refreshing Coca-Cola. For more than 115 years, there have been countless new bottle designs; however, the quality of the brand has never wavered!

Let’s take a look at the evolution of the packaging design of the Coca-Cola bottle, from its inception to today.

It all began in 1894 when a Mississippi shop owner by the name of Joseph A. Biedenharn began bottling Coca-Cola, after seeing how impressive its sales were! So, he capitalized on Coca-Cola’s success and began selling the drink to customers in a common glass bottle known as a “Hutchinson,” which was equipped with a wire loop and rubber stopper and was returnable after a person used the bottle. 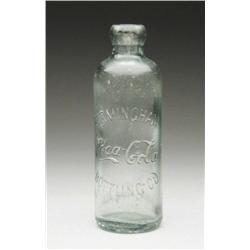 Have you ever wondered where the term “soda pop” came from? This name came from the popping noise that the Hutchinson bottles would make when they were opened.

However, the first go-around of the bottle that we know today came to be in 1916. This bottle, known as the contour bottle, was created when bottlers worried that a straight-sided bottle like the Hutchinson didn’t offer a distinction from other brands and that Coca-Cola was being easily confused with “copycat” brands. So, glass manufacturers were tasked with creating a unique packaging design for the new bottle. The Root Glass Company of Terre Haute, Indiana, came up with a prototype design of the now famous contour-shaped bottle.

Earl R. Dean was the designer of the first bottle. A prototype was made for the bottle design and a patent was given in November 1915. However, the prototype never made it to production, because the middle diameter was larger than the base, which made it unstable on a conveyor belt.  Just like any other invention, Dean found a “better way” to make the bottle and solved the issue by decreasing the bottle’s middle diameter; and, the contour shape that we know today was born.

Where exactly did the packaging-design inspiration come from? The contour bottle was inspired by the grooves and curves of a cocoa bean.  So, if you didn’t know, well, now you do!

The contour bottle continued to receive minor updates throughout the years, but nothing too notable! 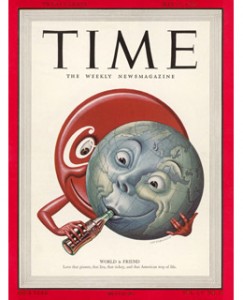 So, let’s fast forward to 1950 when the Coca-Cola bottle was the first commercial product to be featured on the cover of TIME magazine, which then established Coca-Cola as an international brand.

Five years later, for the first time ever, people could purchase different-sized bottles of Coca-Cola. Shops began selling, in addition to the traditional 6.5 ounce contour bottle, 10-, 12- and 26-ounce versions. The introduction of various bottle sizes marked the shift in packaging innovation for the brand.

Also, the late 1950s Coke used ACL or “Applied Color Labeling,” which included the white Coca-Cola script on both sides of the bottle.

After the 1950s, the contour bottle received a few changes here and there dealing with trademarks and script on the bottle.

But, in 2000, Coca-Cola hopped on the green initiatives and introduced the ultra-glass contour bottle that was created for improved impact resistance, due to its reduced weight and cost. The new packaging design of the bottles, which were 40 percent stronger and 20 percent lighter than the original bottle, saved about 52,000 metric tons of glass in 2006. 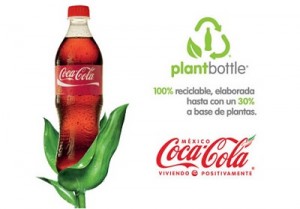 Their environmental initiatives continued into 2009 when Coca-Cola released their innovative PlantBottle in the United States; that was a completely recyclable PET container made of 30 percent plant materials, including sugar cane extracts.

From the first Coca-Cola bottle in a Hutchinson bottle to swapping out its iconic logo with Great Britain’s most popular names for the 2013 summer-long ‘Share a Coke’ campaign, the packaging-design of the Coca-Cola bottle has continued to evolve and will continue to evolve through the years!