Imagine living in a world of loneliness and isolation; where normal communication, emotions, and social interaction are extremely challenging or even impossible.

Welcome to the world of autism.

Autism is a complex developmental disability that typically appears during the first three years of life and affects a person’s ability to communicate and interact with others.

People with autism may exhibit a lack of or a delay in speaking, use repetitive language and/or motor mannerisms, make little or no eye contact, have a lack of interest in peer relationships, and have persistent fixation on parts of objects. To many people, being autistic is like a life-long jail sentence of isolation. “Once autistic, always autistic” was the attitude taken by many people, including the medical community. The idea that there was nothing that could be done to make their lives better and more productive has meant sad and diminished lives for many children diagnosed with autism. 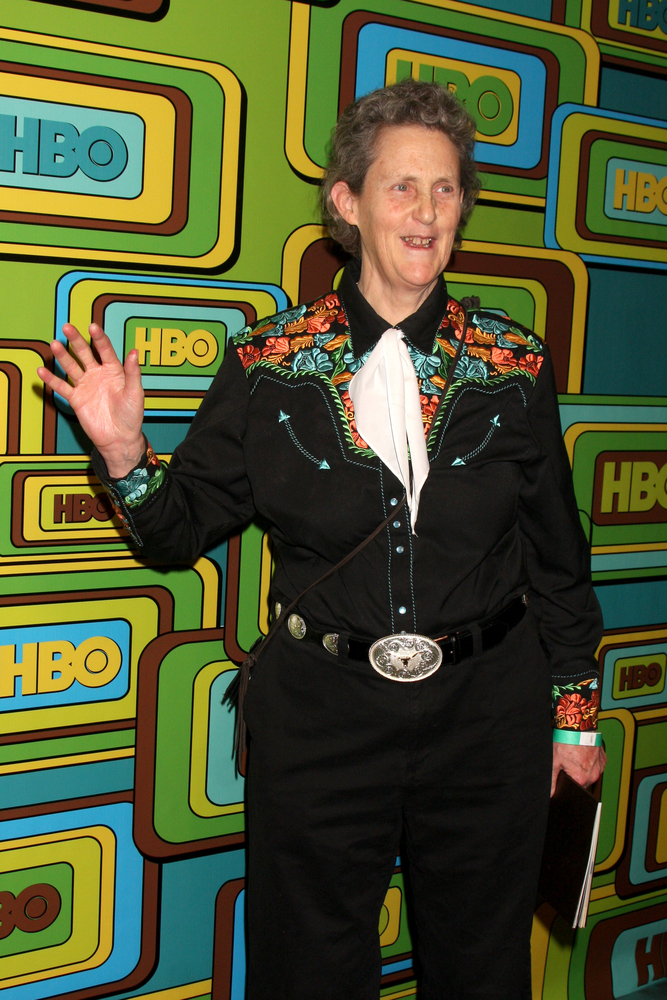 So let me introduce you to Temple Grandin, a woman who has autism and has beaten the odds imposed on her by the disorder to become an inventor, an author, an animal scientist, a professor, and quite an extraordinary person, to say the least.

How did she overcome these limitations of autism and emerge a stronger person who is capable of doing all of these amazing things? Well, here’s her incredible story.

Temple was born in 1947 in Boston, Massachusetts. She didn’t talk until she was almost four, communicating her frustration instead by screaming, peeping, and humming. In 1950, she was diagnosed with autism, considered a form of brain damage at the time, and since little was known about autism, her parents were told she should be institutionalized. But, her parents were very supportive and chose to raise Temple. Though getting the necessary help in those days was extremely challenging, her mother took on that challenge and sought the best possible teachers for Temple. Though she made progress academically in school, social interactions remained difficult in both middle and high school, where the other students often teased Grandin and called her “weird.”

As luck would have it, she developed an interest in cattle early in life, while spending time at her Aunt and Uncle’s ranch. At the ranch, she noticed that the cattle were immunized while confined in a squeeze chute that surrounded their bodies and applied constant pressure. She also noticed that the cattle seemed to immediately calm down after the pressure from the chute was applied. Temple realized that the deep pressure from the chute had a calming effect on the cattle, and she decided that something similar might be useful in settling down her own feelings of hypersensitivity. So, she invented a deep-pressure squeezing device for herself and found that the structure had a significant benefit in helping her manage her own anxiety. The ‘hug box’ is now a standard of care for people with autism.

While at the ranch, she also developed a deep feeling and understanding for the animals on the farm, especially the cattle. Later, she would use her unique window into the minds of animals to become the leading creator of corrals for cattle. Her innovative designs improved the quality of life of the cattle by reducing stress. Her insight into the emotions of cattle has taught her to value and address the changes in details to which animals are particularly sensitive, and to use her exceptional visualization skills to design thoughtful and humane animal-handling.

This was all made possible because she found a mentor who recognized her interests and abilities, and encouraged here to pursue her goals. After earning a degree in psychology from Franklin Pierce College in 1970, she built on her love and understanding of animals by getting a master’s degree in animal science from Arizona State University, and then a doctoral degree in animal science from the University of Illinois at Urbana-Champaign.

As a high-functioning person with autism, Temple has been able to not only understand but also describe to the rest of us how she perceives the world around her. Like most people with autism, she has a hypersensitivity to noise and other sensory stimuli. She is also extremely sensitive to details in her environment and to changes in her daily routine. She describes herself as primarily a visual thinker who considers verbal communication to be a secondary skill, which could explain why socializing is so challenging for her.

She tells her story of “groping her way from the far side of darkness” in her book, “Emergence: Labeled Autistic,” a book which amazed people, since most professionals and parents have no idea what it was like to have autism and no idea what a person with autism is capable of feeling and understanding.

“I have read enough to know that there are still many parents, and yes, professionals too, who believe that ‘once autistic, always autistic.’ To these people, it is incomprehensible that the characteristics of autism can be modified and controlled. However, I feel strongly that I am living proof that they can.”

Today, Temple Grandin is an associate professor of animal science at Colorado State University, best-selling author, an expert in the field of animal husbandry and consultant to the livestock industry on animal behavior.

What a truly remarkable person, who has given hope and inspiration to all the parents of children with autism.