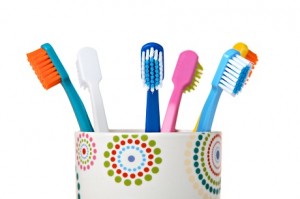 Ok, so, it might be a stretch to believe a tree branch could help fight cavities, but history shows ancient civilizations (we’re talking 3,000 BC!) may have used a “chew stick,” or thin twig with a frayed end, to clean their teeth.

And, chew sticks must have worked fairly well, as the bristle toothbrush, similar to what we use today, did not come along until June 26, 1498, when a Chinese inventor attached coarse hog hair to bone and bamboo handles.  An Englishman, William Addis, is credited with first mass-producing the toothbrush around 1780.

What may be even harder to believe than using tree branches and hogs hair to promote dental hygiene, is that although American, H. N. Wadsworth, patented a toothbrush in 1857 and American companies began mass-producing toothbrushes around 1885, many Americans didn’t use them until influenced by the increased hygiene habits World War II soldiers brought back from the battlefield! 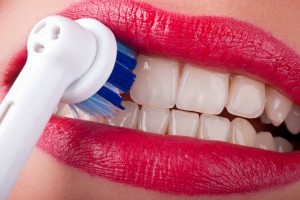 Swiss inventors introduced the first electric toothbrush in 1939; an American company, Squibb, marketed their electric Broxodent in 1960; quickly following, General Electric introduced a rechargeable cordless toothbrush in 1961.  Finally, in 1987, Interplak, an electric rotary-action toothbrush, was marketed for home use.

Although it may have taken a while to catch on, most Americans agree, the toothbrush is one invention they cannot live without!  To find out why many Americans said they would rather part with their cars, computers and cell phones than with their trusty toothbrush, click here!