Secrets To Their Successes 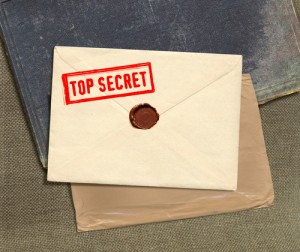 To create a successful product, you need an edge over your competition. Oftentimes, that edge is the ability to create something that no other company can replicate. On your road to success, keep an eye on your competition.  Thomas Edison, often credited as the inventor of the movie camera, had the Lumière Brothers right on his heels; Coke continues to wage war with Pepsi; and Go-Gurt … well, few others dare to put fermented milk in a portable tube.

If you don’t patent your product, you never have to make the ingredients public – a simple way to keep your secret recipe under lock and key. But, that doesn’t mean competitors won’t make a run at your throne.

Wouldn’t you like to be a Pepper, too? That won’t be happening for aspiring soda-making rivals anytime soon, because another soft drink with a famously secret formula is Dr. Pepper, which is made from 23 natural and artificial flavors. Only three people are said to be privy to the recipe, which was invented in 1885 by pharmacist Charles Alderton in Waco, Texas, and is kept locked in a vault in company headquarters in nearby Plano.

The company has gone on the record to deny one common guess at an ingredient: There is no prune juice in Dr Pepper. – Yahoo

The world’s best known household lubricant got its secret agentesque name in 1953 from its inventor, Norm Larsen, and it stands for “Water Displacer—40th attempt.” An article in The Wall Street Journal reported that the formula is in a bank vault and has only been taken out twice—when changing banks and on the product’s 50th birthday, when CEO Garry Ridge rode on a horse into Times Square while wearing a suit of armor and carrying the formula. He said the company mixes the concentrate in three locations, then distributes it to aerosol manufacturing partners worldwide.

The company reveals what’s not in the secret formula on its FAQ page: WD-40 Multi-Use Product does not contain silicone, kerosene, water, graphite, or chlorofluorocarbons (CFCs). – Yahoo

KFC’s “Secret Recipe of 11 Herbs and Spices” for its original fried chicken recipe is nearly as famous as the former Kentucky Fried Chicken ad slogan “finger lickin’ good.” A section of the company’s website is now devoted to spreading the lore about the spice blend. It states that Colonel Harland Sanders kept his recipe in his mind and used to carry the mixture in his car, but today it’s kept under lock and key in a Louisville, Ky., safe. One company blends part of the spice recipe, and another company mixes the rest, so that neither party has the entire recipe. The Colonel commented how low-security of an operation he and his wife, Claudia, ran when he was starting out. “After I hit the road selling franchises for my chicken, that left Claudia behind to fill the orders for the seasoned flour mix. She’d fill the day’s orders in little paper sacks with cellophane linings and package them for shipment. Then, she had to put them on a midnight train.”

Many reverse-engineered recipes for KFC-style fried chicken include speculation that the flavor-enhancing additive MSG is part of the secret mix. Others claim the distinctive KFC chicken experience owes a lot to the pressure-frying technique, which is patented. — Yahoo

It takes something special to stand out from the crowd. That’s why Davison has spent over 20 years perfecting the Davison Inventing Method – a better way to help clients develop their ideas.