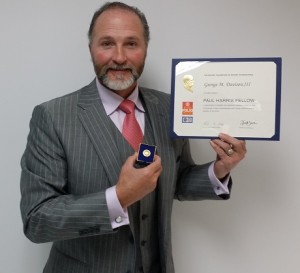 We know that our founder and CEO, George Davison, is passionate about many things; inventing, the community around us and a great story are just a few of his passions. So, it should come as no surprise that Mr. Davison would be involved with Rotary International, an organization that is dedicated to “uniting for the common good” that just so happens to have one incredible story. 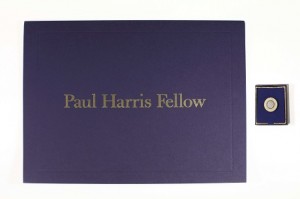 Rotary International began in 1905 when a Chicago lawyer by the name of Paul Harris gathered several business associates together to talk about forming an organization for local professionals. Harris got the idea for the fellowship club after witnessing the way one of his associates interacted with area shopkeepers as they passed through the streets of the city one night.

“The thought persisted that I was experiencing only what had happened to hundreds, perhaps thousands, of others in the great city … I was sure that there must be many other young men who had come from farms and small villages to establish themselves in Chicago … Why not bring them together? If others were longing for fellowship as I was, something would come of it,” said Harris.

And, that “something” that Harris envisioned started out as a small, gentlemen’s luncheon, but has grown into Rotary International.

His “Rotary Club” met for working lunches in its early stages; but, Harris expanded his organization across the U.S. in just five years. Today, Rotary International unites “leaders from all continents, cultures, and occupations to exchange ideas and take action in communities around the world.” 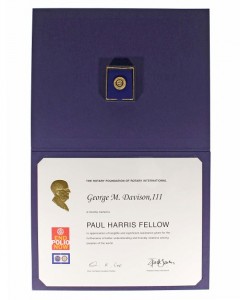 Rotary International recently recognized the contributions of Davison’s founder and CEO, George Davison, when they named him a Paul Harris Fellow, “in appreciation of tangible and significant assistance given for the furtherance of better understanding and friendly relations among peoples of the world.”

As the old saying goes, “great minds think alike.” If you’re interested in finding out more or joining the Rotary community of leaders, who share ideas and take action on issues at home and around the world, you can read more about Rotary International here.