The 2014 Winter Olympics in Sochi are right around the corner and with the Winter Games almost underway, we wanted to take a look at the new, innovative inventions and technologies that will be infused into the games.

We are in a completely mobile world. Even though we aren’t physically in Sochi to watch the Olympics, through the use of our current technology, we are able to connect with those who are there to get updates on the games. 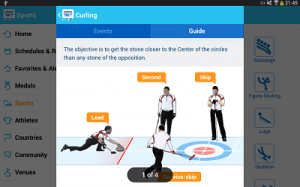 This year, Samsung released its Sochi 2014 Olympics Winter Games WOW app (Wireless Olympics Works) for Android Samsung devices. The idea behind this new app is to help you stay connected and track the 2014 Winter Olympics.

When you initially open the application, you will have the option to choose your favorite country, athlete and sport. There are 15 sports that are available for tracking, which include alpine skiing, bobsleigh, biathlon, cross-country, figure skating, curling, freestyle skating, ice hockey, luge, Nordic combined, short track, skeleton, ski jumping, snowboarding and speed skating.

Once you’ve chosen your favorite sport, the app will bring you to a home screen that will show you how many medals your country has accumulated, in addition to event schedules and more. There is also a community section that will allow the user to discuss the events with others using the app.

The invention of this app will allow people to track specific events and to learn more about the events they might not have been familiar with before.

Now, environmentally-friendly innovations and inventions are being put into play at this year’s Winter Games. For instance, the games will use energy-efficient LED spotlights that are key features to the “green” construction of the lighting technologies at the venues. The LED spotlights use only one tenth of the electricity used by filament lamps and half as much as luminescent lamps that last up to 50,000 hours.

The application of the LED lights was encouraged by international “green” standards as a progressive technology that illustrates a responsible attitude toward energy-saving and protecting the environment.

Furthermore, the city of Sochi, which is the home of this year’s Winter Games, has found success in the implementation of renewable energy sources, such as solar power. The idea of infusing solar technology has been applied to the new railway station in Adler, Russia, where solar-powered radiators and boilers, including water-based heating systems, were installed to service buildings. The solar power is part of the “green” alternative previously mentioned, because it will replace the traditional sources of energy that will enable annual savings of up to 30% on heating costs. 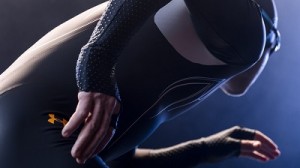 And, who can forget the Olympic gear? The Olympians already wear the most innovative uniforms; but, this year, the U.S. speed skating team will wear specifically-designed racing suits that were invented by Under Armour and prominent defense contractor Lockheed Martin. The idea behind the suits is that they will reduce friction and cut wind resistance by utilizing raised dots and pin striping, making them the fastest suits ever made. 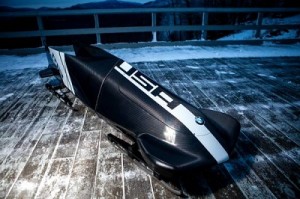 Or, how about the U.S. bobsled team that is now utilizing the innovation of car maker BMW to improve their sled aerodynamics, making it lighter, tougher, more maneuverable and, ultimately, faster.

It’s easy to say that whether it’s a new mobile app, environmentally-friendly venue designs or creative Olympic uniforms and equipment, innovation continues to forge ahead with new technologies and inventions as the 2014 Winter Games get underway.