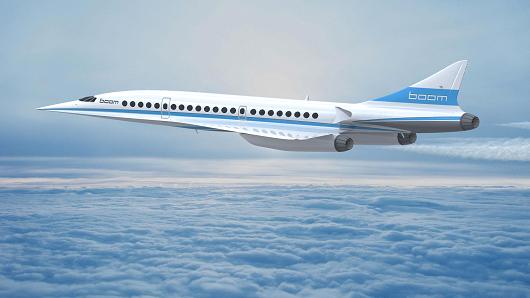 How many times have you dreaded taking a redeye flight across the country? Or even taking a two-hour flight between states?

Supersonic flight isn’t something only achievable by the military or fictional characters in Star Wars movies. Imagine being able to fly across the country in just under three hours. Boom, a leading manufacturer of specialty aircraft, plans on having commercial supersonic flight technology available to the public by 2025.

Supersonic aircraft will lead the way to an entirely different method of traveling. This will lead to changes in commerce and even lifestyles. It all begins with what Boom is doing; however, it won’t be long until other aircraft manufacturers release their own versions of supersonic planes.

The state-of-the-art company is currently working on manufacturing a 55-seat passenger aircraft that will be capable of making the flight from San Francisco to Washington, D.C. in two-and-a-half hours.

Current FAA regulations limit supersonic flight, but those laws are in the process of being changed. Blake Scholl, CEO of Boom, stated, “Both the House and the Senate versions of the FAA regulations bill both have very positive regulations on supersonics. The Senate bill, in particular, could repeal the speed limit”.

Boom is even making claims that their new aircraft will drop the flight time from Paris to New York down to three-and-a-half hours. This new type of technology could revolutionize air travel for generations to come.