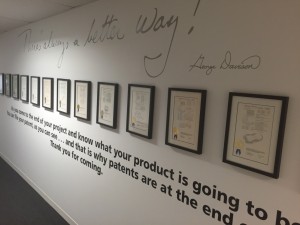 During a tour of Inventionland, the facility that does design work for Davison and Davison’s clients, excited visitors end their experience with a visual look at what Davison considers one of the last steps in the inventing process- filing a patent application.

A long, white hallway becomes a conversation piece as visitors take a closer look at actual patents named to our very own founder and CEO, George Davison. A description on the wall reads:

“As you come to the end of your project and know what your product is going to be, you can file your patent, as you can see…and that is why patents are at the end of the tour. Thank you for coming!”

Though visitors are able to take a look at each of the patents in detail, would they be able to recognize these invention ideas by their patent illustrations alone?

Recently, Smithsonian Magazine brought us a better way to test our skills in identifying inventions based only on their patent illustrations with a unique quiz. Give it a try!

Following that same inspiration, would you be able to identify some of our very own invention ideas simply by looking at their patent illustrations? 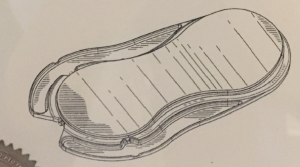 You may better recognize the Mechanic’s Creeper as none other than our IDSA Design Award-Winning Hover Creeper! Traditional automotive creepers have wheels that often get stuck in floor cracks, so we found a Better Way to design a creeper without expensive and breakage-prone wheels. This invention hovers slightly above the ground with the power of compressed air! 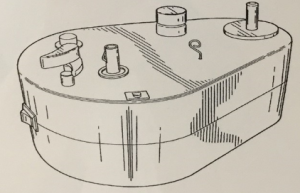 The Bobbin Winder would later become known as the Better Bobbin to be featured in various stores. It was our solution for our client who wanted a quick and convenient way to fill bobbins directly from the sewing machine. 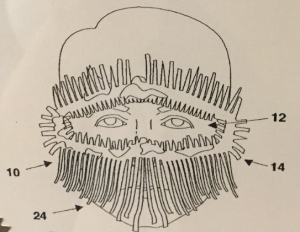 Clearly something worn on the face, but what is it? Later to be recognized as the Goggleflauge™, this invention was developed by a paintball player to cover a player’s face mask so they can go unnoticed on the playing field. In addition to its camouflage features, it also has a soft form design that actually absorbs the impact of a paintball, allowing it to absorb and bounce without breaking.