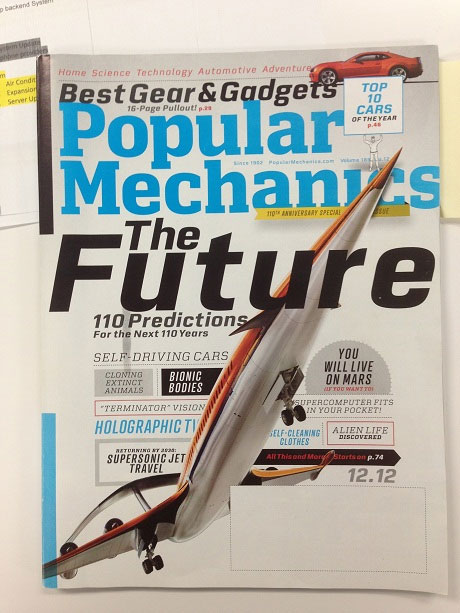 In their 110th anniversary special, Popular Mechanics (PM) magazine editors have featured none other than our very own CEO and founder, Mr. Davison!  The article, titled “The World of Tomorrow,” relies on Davison, among several other scientists, engineers and consultants to boldly make 110 predictions for the next 110 years. 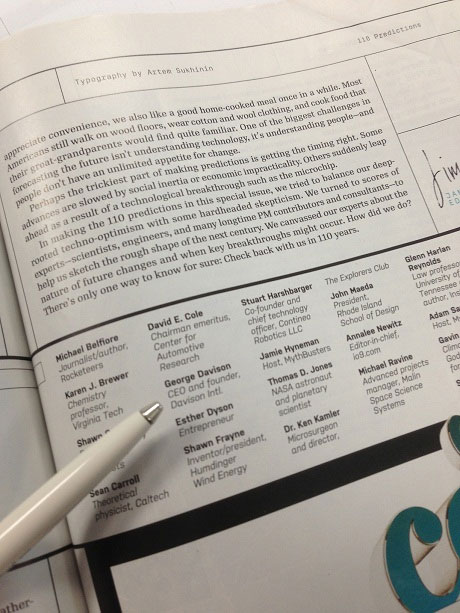 “It’s never easy to predict the future, but… we’ve decided to give it a try (with a little help from some very smart friends),” said PM editors.

Who are those smart friends?  PM fondly refers to the over 20-person panel as their “Brain Trust.”
“… we tried to balance our deep-rooted techno-optimism with some hardheaded skepticism,” said PM editors.
Here is just a glimpse of what the PM Brain Trust predicted:

WITHIN 20 YEARS…Self-driving cars will hit the mainstream market.Battles will be waged without direct human participation (think robots or unmanned aerial vehicles).The first fully functional brain-controlled bionic limb will arrive.
WITHIN 30 YEARS…All-purpose robots will help us with household chores.Space travel will become as affordable as a round-the-world plane ticket.Soldiers will use exoskeletons to enhance battlefield performance.

WITHIN 40 YEARS…Nanobots will perform medical procedures inside our bodies. 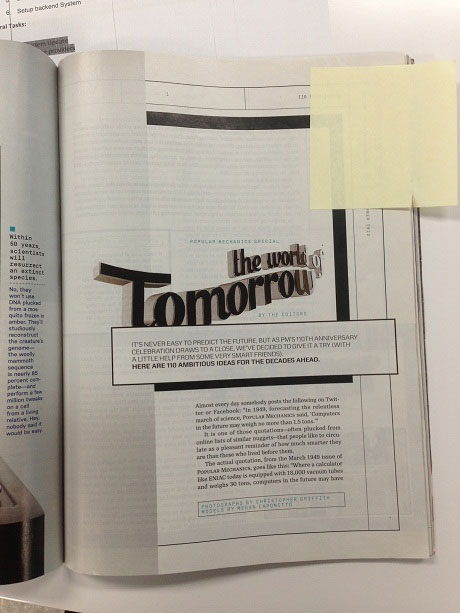 WITHIN 50 YEARS…We will have a colony on Mars.Doctors will successfully transplant a lab-grown human heart.We will fly the friendly skies without pilots onboard.And renewable energy sources will surpass fossil fuels in electricity generation.

WITHIN 60 YEARS…Digital data (texts, songs, etc.) will be zapped directly into our brains.We will activate the first fusion power plant.And we will wage the first battle in space.

WITHIN 100 YEARS…The last gasoline-powered car will come off the assembly line.