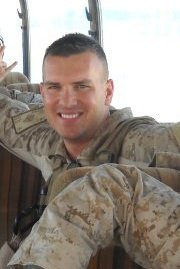 Ronald Strang was serving in Afghanistan with the Marines when an explosion took half of his left thigh muscle.

Now, the 28-year-old from Pittsburgh, Pa., has grown back 10 percent of the lost muscle and is running again, thanks to cells from a pig’s bladder.

To regrow Strang’s muscle, surgeons implanted an extracellular matrix, a type of “cell glue,” which includes the growth proteins from the cells of bladder.

“If you take the bladder or small intestine and scrape away all the cells, what you’re left with is structural tissue, like collagen, and functional molecules, such as growth factors. There are literally hundreds of these proteins, all housed in the ECM. They instruct cells on how to behave — whether to multiply or migrate or differentiate into different types of cells. They tell cells at the site of a wound what to do. Equally important, they recruit cells to the wound site that wouldn’t normally be there, such as stem cells. I wouldn’t be smart enough to put them all together, but I can harvest what nature has done,” explains Stephen Badylak of the McGowan Institute.

Strang was struggling with a cane for about a year and a half before he heard about the possibility of re-growing his muscle from pig bladder.

“It was amazing to hear that this was even possible and that this could help me re-grow some muscle. That really excited me to the impact this study will have on so many people, especially since there was nothing else that could be done, and I would be stuck using a cane for the rest of my life,” Strang tells us. 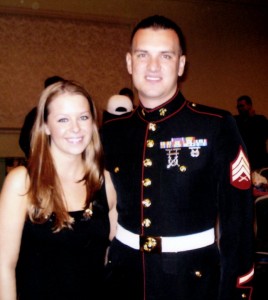 The procedure took less than a week, and Strang said he felt almost immediate improvement.

“I was admitted to the hospital for four days — the first being the surgery. They put me under anesthesia and cut open through the scar on my leg, peeled back the skin and scar tissue and put the ECM in against some muscle that was left.”

“When they put the ECM in, it was attached to a small amount of muscle by my hip and to the rest of the quad above my knee. This gave a connection to the muscles and gave me immediate improvement. It took about a month to notice any strength increase.”

Strang is once again able to enjoy some flag football as well as the freedom of unencumbered movement that most of us take for granted. Strang’s journey is a great example of an admirable story and fantastic science.

Stephen Badylak is Deputy Director, DVM, PhD, MD, Professor in the University of Pittsburgh Department of Surgery and Director of the Center for Pre-Clinical Tissue Engineering within the Institute, which is participating in the study for the U.S. Army Institute for Surgical Research in San Antonio.