Make Mistakes! The Eraser is Here to Stay! 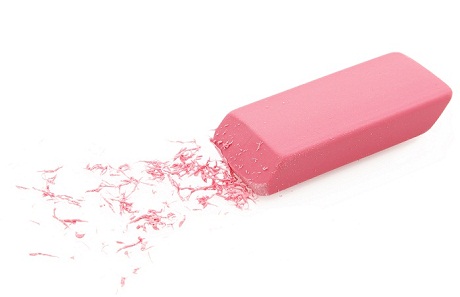 Yesterday marked Rubber Eraser Day, a day that often passes without mention.  Though many may scoff at celebrating the measly rubber eraser, this invention has given us the great luxury of being able to make mistakes for the past 250 years.

When and where, might you ask, did the rubber eraser come about?  On April 15, 1770, Englishman Joseph Priestley, said he discovered that vegetable gum was able to remove black lead pencil marks.  He called this substance “rubber.”  That same year, English engineer Edward Nairne created the first widely-sold rubber eraser that he developed for an inventions competition. Nairne is said to have picked up a piece of rubber by accident, rather than the usual piece of bread that he used to remove pencil marks, and he discovered that it worked wonders.

The first erasers posed a problem to users, however, as rubber was perishable and tended to rot.  Inventor Charles Goodyear patented a vulcanization process in 1844 that made rubber more durable.

It wasn’t until 90 years after the initial discovery of erasers that Hymen Lipman, of Philadelphia, Pennsylvania, received the first patent for attaching an eraser to the end of a pencil.  Lipman sold the patent for $100,000, in 1682, to Joseph Reckendorfer, who proceeded to sue pencil manufacturer Faber-Castell for infringement.  In 1875, the U.S. Supreme Court ruled against Reckendorfer and concluded that the patent was invalid.

Fortunately, the invalid patent hasn’t stopped erasers from being sold in all shapes and sizes throughout the years to help us correct our written mistakes.  Now, if only we could invent something to erase all of life’s mistakes! 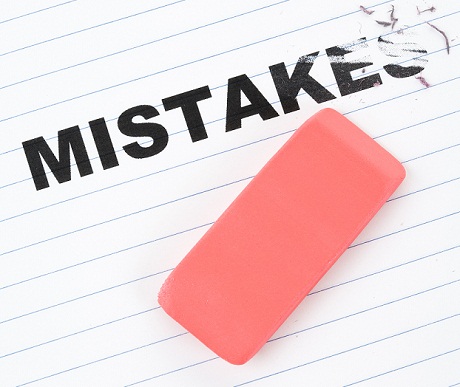