Learn How This Invention is Hiding in Plain Sight

Although Memorial Day has come and gone, we can still honor those brave service men and women each and every day. With the military on our minds, we thought that this would be the perfect time to delve a little bit deeper into the invention of camouflage.

So, let’s take this invention story out of hiding and start with the basics! Using camouflage is a necessity for military personnel.  It’s used as protection to hide a soldier and their equipment from the enemy. 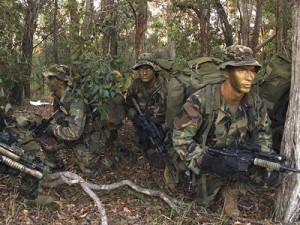 The initial idea for this invention spans back to the beginning of human civilization; in fact, camouflage predates humans entirely! It comes from the natural adaptions that allow animals to blend in with their environment.

However, in the past 100 years, camouflage has played a crucial role in military operations far and wide across the globe.

Military camouflage became mainstream when a hunting enthusiast by the name of Jim Crumley used a Magic Marker to draw vertical tree-trunk lines on a few pairs of tie-dyed coats and pants in the late 1970s. A few decades later, his patented “Trebark” design went from being featured in small ads in Bowhunter magazine to appearing in nearly every major outdoors catalog in the country.

To begin, the most basic camouflage is worn by soldiers while in action. This form of camouflage requires two components: color and pattern. These two factors play a role in helping to conceal the soldier. 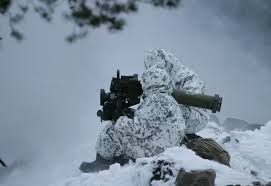 Furthermore, there isn’t a set combination of color and patterns because they are dependent upon the surrounding environment. For instance, in jungle warfare, camouflage is usually green and brown in order to match the foliage and the dirt. While, on the other hand, soldiers wear an array of tan colors while on desert assignments.  For those soldiers in a snowy climate, white and grays are issued. In order to complete the hiding in plain sight look, soldiers will also paint their faces to match the camouflage material.

Although camouflage is predominately geared toward clothing, as early as World War II, military officials used netting, foliage and smoke in order to conceal airports, oil tankers and factories from aerial detection.

Now, high-tech vinyl-adhesive photographs can conceal entire bridges; not to mention, temporary camouflage can be painted on military tanks. A contractor by the name of AAE has patented a type of fabric that helps prevent infrared radar from detecting body heat and has called it the “stealth poncho.”

Camouflage comes in all shapes and sizes and this invention continues to grow and better conceal our armed forces.

Just as our soldiers protect and serve our country day in and day out, the invention of camouflage continues to help protect our soldiers in active duty.