AWAY Bug Repellent and the company’s founder, Phil Boxwell, (along with Dan Simbeck, Davison’s VP of Business Development and Licensing) were featured in the ”Neighborhoods” section of the Tribune Review’s “Trib LIVE.” 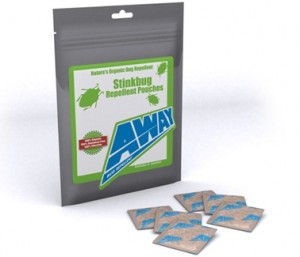 In the article, Boxwell helps tell the story of how AWAY came to be:

A mosquito bite led Phil Boxwell to a new business opportunity that he hopes to expand outside the Pittsburgh area.

While playing golf several years ago, Boxwell, of Aspinwall (suburb of Pittsburgh), was bit by a mosquito. That bite led to a hospital stay and the need to fend off insects. Because of previous medical issues, Boxwell couldn’t use many of the products available.

“I’m really not supposed to be putting any type of chemicals on my skin as in bug repellents,” Boxwell said.

With the help of a friend with a chemistry background, Boxwell began working to develop an alternative. The result, Away Bug Repellent, underwent testing for two summers before it reached local stores last year.

Just like we all hope 2013 takes stinkbugs and other pesky insects AWAY, Boxwell explains how he hopes the year carries AWAY into many major retailers. 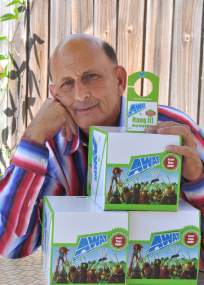 Boxwell said he expects to focus on marketing full time during the next year and plans to attend trade shows to promote the products. He expects to spend a good portion of his time getting them in stores nationwide.

Earlier this year, Boxwell began working with Davison in O’Hara Township to better market the product.

Dan Simbeck, of Davison, said the firm’s role will be to help get the product into larger stores.

They have also worked on creating new delivery systems including a door hanger and sticker that gives off the smell.

Congratulations to Boxwell, AWAY and everyone at Davison who has helped launch this innovative repellent to success!

Disclaimer: This client has not realized a net profit on this product. A typical project does not get a royalty agreement, sell in stores or generate a profit.