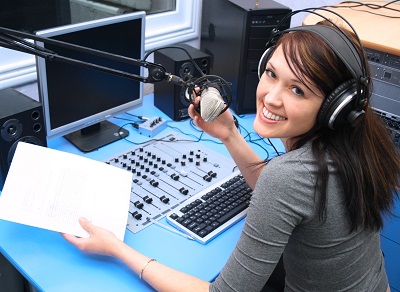 Among other things, April is International Amateur Radio month. Amateur radio, often called “ham” radio, is where “hams” (ie, amateur radio enthusiasts) use different types of radio communications equipment to communicate with other radio amateurs for fun, but also for some public services like disasters (it’s said that a Welsh ham radio operator named Artie Moore picked up the distress signals from the Titanic on April 15, 1912). An estimated six million people throughout the world are regularly involved with amateur radio and entire communities have formed worldwide for these “hams” to stay in touch with each other. But how did ham radio start and what exactly is a ham radio?

The birth of amateur radio starts, of course, with the invention of the radio. There are many contributors to the birth of radio; Guglielmo Marconi, an Italian inventor, proved the feasibility of radio communication in Italy in 1895. However, Nikola Tesla was able to transmit signals from New York City to West Point and is credited with the first patent of radio technology. Some argue that these were just wireless transmission of Morse code, and that it was actually Ernst Alexanderson, a General Electric engineer, who built the first true radio which made voice radio broadcasts practical. The first broadcast took place on Christmas Eve, 1906, and was a Christmas story from the Bible while a violin played “Silent Night.”

No matter who gets the credit, one thing is clear; these first radio operators were the pioneers of amateur radio. In fact, by 1909, the first amateur radio club, The Junior Wireless Club, was organized in New York, later changing its name to the Radio Club of America. But, it was the sinking of the RMS Titanic on April 15, 1912 that prompted new international radio laws which also affect amateur radio, including frequency restrictions and operating procedures. That’s because in those early days, everybody occupied any wavelength they wanted, so Government stations, ships, coastal stations and the increasingly numerous amateur operators all competed for time and signal supremacy in each other’s receivers.

Governments stepped in to regulate technical and operational characteristics of transmissions and issue individual stations licenses with an identifying call sign. Regulations also designated radio frequency spectrum for purposes of private recreation, non-commercial exchange of messages, wireless experimentation, self-training, and emergency communication. For instance, it prohibited amateurs from transmitting over the main commercial and military wavelengths and limited their transmitting signals below a wavelength of 200 meters (or “short waves”).

So today the term “amateur” is used to specify persons interested in radio solely for personal use and without any financial interest. It also distinguishs it from commercial broadcasting, public safety (such as police and fire), or professional two-way radio services (such as maritime, aviation, taxis, etc.). And that term “ham operator” – that was used as a derogatory word by professional radio people to mean “incompetent”, like a ham actor. The funny thing is that the “ham” radio folks took to the name and now love being called “hams” – just not with cheese.