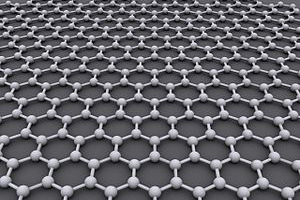 Would you believe it if we told you that one material made of a single layer of carbon atoms that are bonded together in a repeating pattern of hexagons could change the way that electronic components are made?

Believe it or not, this emerging material, otherwise known as graphene, has taken the scientific research world by storm through advancements that suggest this material could boost internet speeds, act as a touch-sensitive coating and prolong the lives of computers.

It all began when two Russian scientists, Andrei Geim and Kostya Novoselov, from the University of Manchester, were testing flakes of carbon graphite in an attempt to explore its electrical properties. After some testing with the material, both scientists decided to make the flakes thinner with the help of Scotch tape.

Both scientists used the tape to peel off a layer of the material from its block and then continued to peel off further layers from the original flake until they were able to get the flakes down to only a few atoms thick. Soon after, they realized that by repeatedly peeling off the layers,  they could reach the thinnest possible layer, one-atom thick.

The original idea of the two scientists working with this material is based on the fact that they wanted to investigate to see if graphite could be used as a transistor; the fundamental switching device that is at the core of computing. The idea to use Scotch tape came from both scientists hearing that other researchers had used the tape to clean the mineral before putting it under the lens.

Just like diamonds are a girl’s best friend, graphene is a scientist’s best friend and is, in fact, stronger than a diamond; yet, it is one million times thinner than paper. It’s so thin that it is considered to be two dimensional. This material has the ability to conduct electricity and heat better than anything that has ever been discovered to date. It is likely that graphene will be an integral part in many future products and processes.

So how strong is graphene? James Hone, a mechanical engineering professor at Columbia University, puts graphene’s strength into perspective. Hone said that graphene is so strong that it would take an elephant, balanced on a pencil, to break through a sheet of graphene as thin as a piece of Saran wrap. 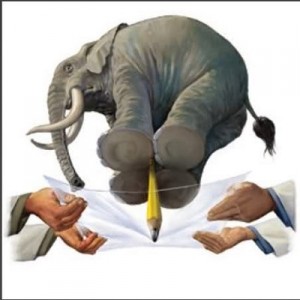 Now that you can wrap your mind around the strength of graphene and how it was discovered, you might be wondering, “why is there so much hype surrounding this material?” Well, for one, graphene has the potential to be used in common everyday situations and products. For instance, graphene can be used to desalinate seawater in order to make it drinkable. Many scientists believe that when water passes through graphene’s tiny pores that the filter can potentially transform salt water into drinking water within a year.

Right now, you might be reading this blog on your computer. Many hope that graphene can replace silicone chips; in fact, IBM has already created pilot computers that use the material to achieve the record-setting speed of 100GHz.

Perhaps you are reading this blog from your smartphone.  Samsung, among other companies, is beginning to use graphene to develop their touchscreen interfaces, because of its transparent and conductive properties.

There are a variety of ways that graphene can be used.  For instance, New York scientists have designed a polymer coating that contains this form of carbon and discovered that it protected steel from rusting for up to a month. This is good news for car owners who do not want their car to rust. The graphene works to repel water and delays the electrochemical reactions that oxidize iron.

This discovery of graphene has allowed many scientists to exercise their ideas in the hopes of furthering scientific research. Only time will tell just how many products and processes are infused with the ultra-thin and ultra-strong material otherwise known as graphene.

What is graphene? Here’s what you need to know about a material that could be the next silicon

What is graphene? Here’s what you need to know about a material that could be the next silicon