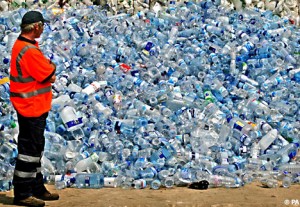 According to the U.S. Environmental Protection Agency, in 2008 plastics amounted to about 12 % of the country’s municipal solid waste stream — up from less than 1 % 50 years ago. That’s about 30 million tons (27 million metric tons), close to half of it in the form of containers and other types of packaging. What if we could turn all that garbage into energy?

Turns out that a U.S.-based company can do just that. JBI Inc. out of Niagara Falls has created technology that turns recycled plastic into oil.  According to their website: 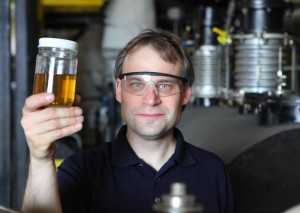 Each barrel of oil costs about $10 to produce. JBI can sell it for around $100 through a national distributor. The young company is already producing a few thousand gallons of oil a day. It has signed lucrative deals to set up operations next to companies with large volumes of plastic waste.

According to a 2012 study prepared for the American Chemistry Council by the research organization RTI International, these Pyrolysis conversion technologies that turn plastic waste into fuel have developed to the point where they are likely to be commercially viable in just 5-10 years.

But considering we throw away 2.5 million plastic bottles every hour, maybe this technology can transform some of our waste into a lasting energy solution.