Is Bitcoin the future of international currency?

Ever since Diners Club International became the first independent credit card company in 1950, banks have continued to dream of different ways of paying for goods and services. But maybe the future of transactions isn’t in the hands of the banks. Maybe it’s in the hands of software engineers. 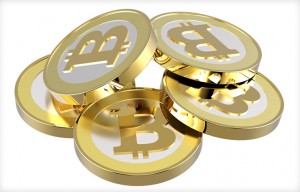 “Bitcoin is an experimental, decentralized digital currency that enables instant payments to anyone, anywhere in the world. Bitcoin uses peer-to-peer technology to operate with no central authority: managing transactions and issuing money are carried out collectively by the network.

“The original Bitcoin software by Satoshi Nakamoto was released under the MIT license. Most client software, derived or ‘from scratch,’ also use open source licensing.

“Bitcoin is one of the first implementations of a concept called crypto-currency which was first described in 1998 by Wei Dai on the cypherpunks mailing list. Building upon the notion that money is any object, or any sort of record, accepted as payment for goods and services and repayment of debts in a given country or socio-economic context, Bitcoin is designed around the idea of using cryptography to control the creation and transfer of money, rather than relying on central authorities.”

But having trusted and relied on our banks, credit cards and cash for generations upon generations, can Bitcoin ever become relevant?

According to Gigaom.com: “Technically speaking, Bitcoin is very smart indeed, as it’s the first currency that removes the need for a trusted third party – usually a bank – in financial transactions. 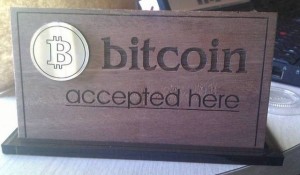 “That said, however, it’s crazily volatile at the moment. At the start of 2013, one Bitcoin was worth around $13. Things went nuts with the Cyprus crisis in March, and right now the price is bumping up and down around the $137 mark. It certainly looks like a bubble at this point, although the huge amount of interest Bitcoin is getting at the moment could lead to an uptick in use, which would in turn legitimize it as a viable currency. Either way, the current volatility will probably dissuade people from spending their Bitcoins right now, and make life hard for vendors setting prices in Bitcoin.

“Then, despite the supposed inviolability of the Bitcoin itself, there are multiple security issues. Before we even consider nefarious activities such as hacking, an interesting wrinkle in the Bitcoin methodology is that, if you lose your Bitcoin wallet, the money is lost forever, to everyone. If you lose your bankcard, it doesn’t wipe out the money in your account, and your bank will issue you a new one. There is no such mechanism in place here; losing Bitcoins is effectively like burning banknotes.

“Similarly, if someone steals your Bitcoin wallet by hacking into your computer, there is no heavily-insured bank to absorb the loss. You’re on your own. This happened to a user named “allinvain” back in 2011, costing him 25,000 Bitcoins. You can even get Bitcoin wallets for smartphones these days, but then you’re running a big risk if you lose your phone. As for cloud-based wallets, well, Instawallet has just suspended operations after being hacked.”

So, the question isn’t whether Bitcoin is the future, as that future is here. The question is whether citizens will accept the Bitcoin as viable currency.