Future Friday: Does Our Future Have an Invisible Touch? 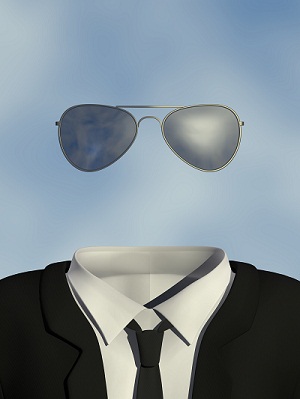 What would superpower would you pick if you could have any ability imaginable? Flight? Super strength? How about invisibility?

Well according a report published in the New Journal of Physics, “Researchers at the University of Texas in Austin have developed a thin material called a ‘mantle cloak.’ If an object is wrapped in it, it ‘disappears,’ but the effect only applies to a limited range of light waves — specifically microwaves.“

“When the scattered fields from the cloak and the object interfere, they cancel each other out and the overall effect is transparency and invisibility at all angles of observation,” study co-author Andrea Alu, a physicist at the University of Texas at Austin, said in a statement.

In lab tests, Alu and his colleagues successfully hid a 7-inch-long cylindrical rod from view in microwave light. They said the same technology should be able to cloak oddly shaped and asymmetrical objects, too.

While Alu admits that the practical application of this research won’t be available for some time, Dr. Susumu Tachi, the leader of the research team at the University of Tokyo’s Tachi Lab, has come up with technology for those clamoring for invisibility right now.

According to the Tokyo Times:

“[Susumu] developed a hi-tech cloak which, worn by a person, makes him or her look “transparent”, much like the famous Harry Potter used to do when cornered by enemies.”

The transparent cloak is made using so-called retro-reflective projection technology. A camera fitted on the back of the cloak records what happens behind the wearer and projects the image on the front, creating the illusion that the person is transparent.

“A computer processes the background imagery and relays it to a projector that filters through a half mirror and projects the scene onto the wearer. From a certain angle, the cloaked person looks transparent to onlookers,” explained Dr. Susumu Tachi, the leader of the research team at the University of Tokyo’s Tachi Lab.

We have to ask ourselves whether invisibility technology is an accessory we really want the human race to have. What legal ramifications would arise from citizens having the capability to cloak themselves? There would certainly be more cookies missing from mom’s jar if the technology fell into the wrong 8-year-old’s hands.

Maybe it’s best that practical invisibility technology is still way out of our reach, and only afforded to responsible scientists locked in key-carded labs.