Recenty, Mr. Davison and our production team made a “royal” visit in St. Louis!  While the pictures are breathtaking, the purpose of the trip to the Midwest was to surprise our client, Lennell, with the very first royalty check from her invention, the TheraPED.

Lennell’s TheraPED is an innovative spa-therapy product that she came up with to provide comfort from the “hot feet” she experienced as a result from multiple sclerosis.  Now, the TheraPED has been licensed by Health Enterprises and is marketed to people everywhere, who would like to provide hot or cold therapy to sore feet and toes. 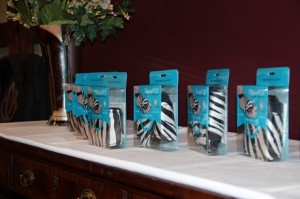 So far, the product has been a big hit among yoga and zumba bloggers and was even given out in gift bags at the 45th Annual Country Music Association (CMA) Awards!

So, the Davison team hit the road to surprise Lennell with all of the TheraPED’s success.  After talking with members of the production team, it seems that pulling off the surprise was quite the task! 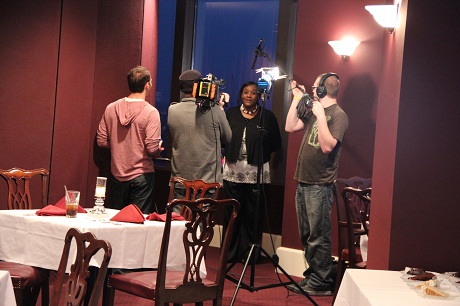 According to Mike, a member of the production team, Lennell almost arrived to the surprise party before any of the guests! 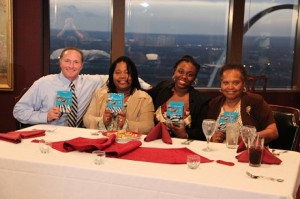 “Jasmin, Lennell’s daughter, was driving her mother and aunt to the party.  They were scheduled for an arrival at 6:00 p.m. sharp for the surprise party… the guests were supposed to arrive by 5:30 p.m.  Jasmin told me that their house was 10 minutes away from the building we were having the party in… a little after 5:00 p.m., I got a message from Jasmin… she said “We’re leaving now.  See you soon.”  I was worried that they would be arriving at 5:15 p.m., even before the guests!” said Mike.

Mike said he went to the lobby to wait for the guest of honor and tried to think of a way to logically delay her arrival at the party, but 5:30 p.m. came and went.  He met several of the other party guests and directed them into the party… but, there was still no Lennell, until right at 6:00 p.m. 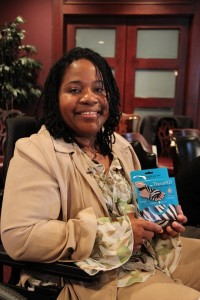 “Lennell was totally surprised.  I asked Jasmin how she delayed their arrival.  She said that she pretended that she was lost and drove around the city until it was time.  Apparently, Lennell thought that her daughter had lost her mind, getting lost in the city that she knew so well,” said Mike.  “I should have known to trust Jasmin.”

According to Adam, another member of our production team, overall, the trip was a huge success!

“The St. Louis trip was great.  The city was beautiful and the Arch was amazing.  Lennell and her family were very welcoming and a lot of fun.  I think we all felt like we were part of the family, especially during the surprise party.  It was a great moment that we can’t wait to share with everyone,” said Adam. 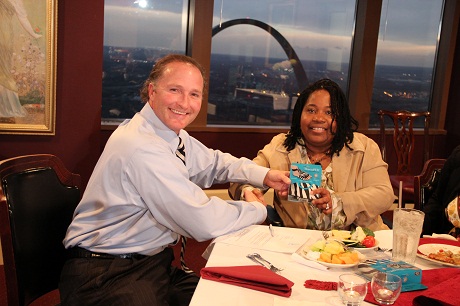 And, share they will!  Lennell, the TheraPED and more highlights from the St. Louis trip are scheduled to air in a future Dare to Invent webisode!

According to another member of the production team, Jimm, the quick trip proved for some awesome footage of our client Lennell, including the royalty check presentation and a little bit of the city, too. 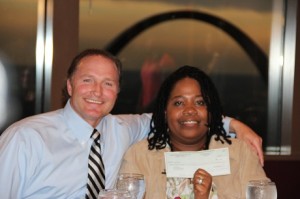 “Our primary focus was to film an interview with Lennell and celebrate the success of her TheraPED… by presenting her with her first royalty check.  Lennell and her family welcomed us into their home and city; we had a great time… with her entire family.  We were able to get some video footage at Busch Stadium and the Arch.  The restaurant where we presented Lennell with her first royalty check probably has the best view of the Arch in the city,” said Jimm.

Lane also had an amazing time on the shoot in St. Louis, “We all had a really great time working together. It was a super rad experience. Lennel was a pleasure to meet and hang out with. The same goes for the family. They were all just so inviting!”

As if picturing all of that is not enough of a tease, we’ll have to wait for the Dare to Invent webisode to see the rest.  However, Mr. Davison offered us a great overview of what’s to come!

“Everyone did a great job.  To think that this whole project started as an idea years ago and it has brought together such wonderful people all along the way to its eventual, glorious surprise evening that was just… well, what it is really all about, isn’t it… people helping people to make the world a little better for our friends and neighbors.  Congrats to everyone at Davison, the Health Enterprises team, Lennell’s family, Lennell and all those who will benefit from this great new invention,” said Mr. Davison.