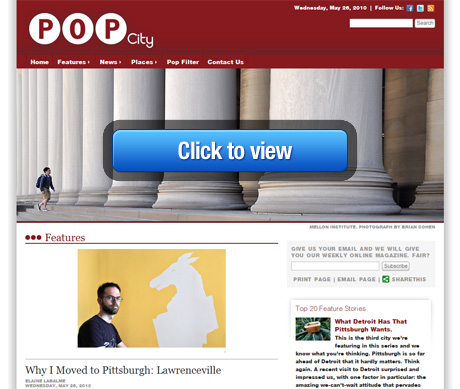 Product sample builder Rob de la Cretaz is featured in Pop City this week in the article “Why I moved to Pittsburgh: Lawrenceville.” The e-magazine is all about the people and places that make Pittsburgh such a livable city, and the article is the latest in a series on people who have adopted it as their new hometown. The New Jersey native, who responded when he saw a request for interviewees on Pop City’s Twitter account, makes a compelling case for why Pittsburgh is a great place to live and find a good job – speaking of which, Rob tells of how he found one at Davison.

“There’s so much going on; new industry is coming in, and Pittsburgh is being reborn.” How true!