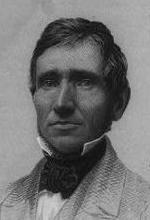 Did you know that on this day in 1844, Charles Goodyear received a patent for vulcanized rubber?

His last name might ring a bell and if you were thinking, “Could this be the man behind Goodyear Tires?” you would be correct!

Charles Goodyear was an American inventor who discovered the innovative process of vulcanized rubber.

His story begins in 1834 when he began to experiment with natural rubber. Five years later in 1839 by way of an accident, he discovered the process of vulcanization.

Vulcanization is essentially a chemical process that’s used to convert natural rubber or related polymers into more durable materials through the addition of sulfur and other accelerators or curatives.

So, after making this discovery, Goodyear realized that he was on to something! It was at this moment that he became determined and laser-focused on finding a better way to make rubber more stable.

Along his journey, Goodyear lived a very meager life. He didn’t have much to his name and lived for years off of the money that he received from investors.

Despite his financial woes, Goodyear continued on with his unwavering inventing spirit and, as we mentioned before, given the fact that the rubber industry in America was starting to plummet, he discovered that through vulcanization he could make rubber melt-proof and reliable.

Ten years after his journey started, Goodyear received a patent for his process, licensed it to manufacturers and made history. 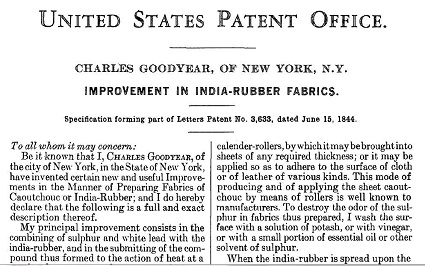 Charles Goodyear’s story is a great example of how strong and resilient the inventing spirit can be. Though curveballs were thrown at him along the way, Goodyear kept his head down and feverishly worked to make his dreams a reality.

Are you going to take a page out of Charles Goodyear’s book? Submit your invention idea, today!