In commemoration of the very multi-talented innovator, Leonardo Da Vinci’s birthday, which is this Sunday, April 15th, we asked our very own Creationeer extraordinaire, Lucky, for this thoughts on the famed creator:

Even a great man is still a regular Joe. Or in this case, Leo.

Leonardo Da Vinci was history’s greatest polymath: sculptor, musician, mathematician, anatomist, cartographer, writer, painter, architect, scientist, engineer, geologist, botanist and, of course, inventor.  He was also a regular guy and a working stiff.  He had to 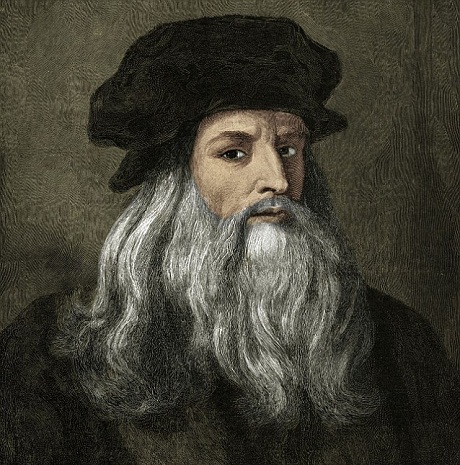 write his own grocery lists, doodled with new pens and even sloughed through writing a resume.  Of course, like most of what he achieved, even these seemingly mundane tasks were extraordinary.

Here at Inventionland, we use a device that we’ve borrowed from Edison: The Inventor’s Notebook.  If you read our blog regularly, you’ve no doubt heard us talk about Edison’s notebooks before.  Well, it turns out that he wasn’t the only inventor to use small notebooks to journal his ideas and advances.

In a new book, historian Toby Lester says that Da Vinci used to keep a small notebook hanging from his belt and [he] would make a note “whenever something caught his eye,” or begin “sketching furiously.”  Like Edison, Da Vinci filled lots of notebooks with everything from drawings, to writings, theories, inventions, sketches, and even the mundane “to do” list.

Tucked away in one of his notebooks from approximately 1490-1510, is a list containing both things to do and things to pack for an upcoming trip. On his “to do” list:

·      Describe the tongue of the woodpecker and the jaw of a crocodile
·      Give the measurement of the dead using his {my} finger
·      [Calculate] the measurement of Milan and suburbs
·      [Find] a book that treats of Milan and its churches, which is to be had at the stationer’s on the way to Cordusio
·      [Discover] the measurement of the Corte Vecchio and the Castello (The courtyard of the Duke’s Palace and the Palace itself)
·      Get the Master of Arithmetic to show you how to square a triangle (Editor’s note: I think this refers to an algebraic problem that first appeared in the writing of Heron in the 1st century A.D. whereas a square is inscribed inside of a triangle and the lengths and area of the triangle are used to [define] the length, and thus the area, of the square)
·      Observe the holes in the substance of the brain, where there are more or less of them
·      Get {my} anatomy books bound
·      Ask Benedetto Portinari (a Florentine Merchant) by what means they go on ice in Flanders (perhaps a reference to ice skating)
·      [Ask about] the measurement of the sun, promised me by Maestro Giovanni Francese
·      Get hold of skull

And what [did] the great Leonardo Da Vinci take with him? 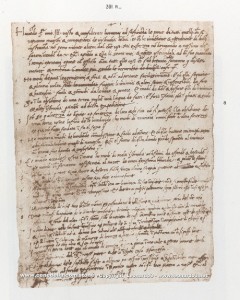 Being Leonardo Da Vinci, you’d think that it wouldn’t be necessary to have to write a resume to get a job.  Even when he was living, he was known for his talent in many, many areas, and often [was] called upon by the rich and powerful in Europe.  That didn’t stop him from having to write a resume in 1482 at the age of 30 for Ludovico il Moro, Duke of Milan.  It obviously worked, as 13 years later, the Duke hired him to paint what would become his second most known work on the wall of the refectory of the Santa Maria delle Grazie; Da Vinci’s Last Supper.  This was his opening paragraph:

“Most Illustrious Lord, Having now sufficiently considered the specimens of all those who proclaim themselves skilled contrivers of instruments of war, and that the invention and operation of the said instruments are nothing different from those in common use:  I shall endeavor, without prejudice to anyone else, to explain myself to your Excellency, showing your Lordship my secret, and then offering them to your best pleasure and approbation to work with effect at opportune moments on all those things which, in part, shall be briefly noted below.”

A scholar and a gentleman choosing to sell himself, not by comparing himself to others, or listing past achievements and why he would be a better hire, but rather explaining his talents and what he could do for the Duke.  Which, being Leonardo Da Vinci, was a lot.  He designed the first machine to allow man to achieve flight, the submarine, gun powder missiles, canons, battleships… the list goes on and on.  In fact, most of the devices that Da Vinci drew sketches for would not be invented or produced for centuries!

It just goes to show you, if you’ve got an idea for something, be sure to write it down!  It could be very important to history one day.