If the title of this article were Best Inventions of 1912, it would be full of names of inventors who were at the time, and still are today, household words. We used to have rock-star inventors and visionaries that people looked up to and admired; Thomas Edison, Albert Einstein, Henry Ford, the Wright brothers, Alexander Graham Bell and Guglielmo Marconi, just to name a few.

Today, it would be hard to name even a couple people that are inventing the world of the 21st century.

So is innovation dead?  Absolutely not.  Actually we’ve seen more innovation in the past fifty years than in the entire previous thousands of years of human history combined. Huge achievements in medicine, communications, space travel, and computers have happened on our watch. So maybe we don’t have that iconic inventor to point to outside of high tech innovators such as Bill Gates and Steve Wozniak, but we can tell you that brilliant ideas and innovations in almost every field of human endeavor are very much alive and well.  In fact, just in the past year we have seen some amazing inventions.

Here are a few of the best and brightest ideas of 2012.

Solar panels are great – if you can afford both the panels and the huge cost of installation – regular solar panels are rigid and need to be mounted on angled arrays. But if you had flexible thin-film solar panels which could be unrolled like wrapping paper, now that would be cool. Well, a company called Ascent Solar Technologies has invented a thin-film panel that can be integrated directly into a roof, a wall, even on a tent and deliver solar-based energy.

Life-logging Cameras – Capturing your entire life on camera is now possible, assuming you’re egotistical enough to think anyone else would want to watch every moment of your life.  Two prototype cameras came out in 2012; from Memoto and OMG Life. Both cameras attach to your clothes at chest level and automatically snap pictures for you; the Memoto takes a pic every 30 seconds and the other whenever it detects sudden changes that indicate significant actions. 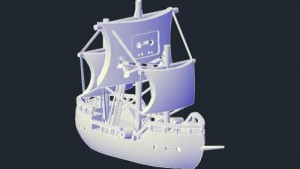 Yes, the concept of 3D printers has been around for many years now and expensive 3D printers have been used by industry, but now, in 2012, Formlabs has developed an ultra-precise 3D laser-based printer at a friendlier consumer price point.  Now we can all print three-dimensional things for our home.  Out of forks or plates? Save yourself a trip to Target and just print them at home – you’ll be setting the table in no time.

The Built-in Breathalyzer – Imagine that your car could automatically breathalyse you every time you get in to drive. Well, QinetiQ North America is working on just such a device.  Working with the National Highway Traffic Safety Administration and the auto industry, QinetiQ is developing a sensor in your car that would instantly measure the blood-alcohol concentration in your exhaled breath. If the blood-alcohol level is above the legal limit, the car can’t be driven. 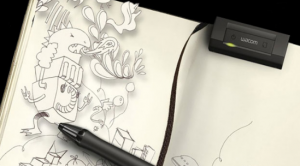 Ever think you might have a pen that would remember every stroke it ever took?  Welcome to the Inkling pen – it’s a digital sketch pen that captures a digital likeness of your work while you sketch with its ballpoint tip on any sketchbook or standard piece of paper and stores it on a receiver you place on the paper. When you connect the receiver to a computer via a USB cable, it transfers those images and saves them as files.

Focused UltraSound – What if you combined the detection power of magnetic-resonance-imaging (MRI) with the power of ultrasound waves – you would get something pretty remarkable. Using MRI for guidance, the ultrasound applies high-intensity focused sonic energy to locally heat and destroy diseased or damaged tissue such as tumors or other growths like uterine fibroids.

So, while there are many other examples we could highlight, we think it’s pretty clear that innovation is alive and well!

You may have noticed that we didn’t tell you who invented all of these incredible inventions of 2012. That’s because we seem to have traded the lone genius inventor working in his lab for more of a committee-based approach. But that’s not bad; it’s just different. This cooperative spirit of invention, born in the space age, is now part of the American spirit, and that will always be something to admire.