A Deeper Look at 3 Chance Inventions

Inventions can sometimes be methodically planned and inventors cover every base and leave no stone unturned in order to bring their ideas to fruition. However, sometimes the most popular and well-known inventions weren’t intentional. In fact, they were invented through a sort of “ah-ha” moment.

Back in March of this year, we wrote a blog about products that were accidentally invented, so this time around, we wanted to take a deeper look at these inventions and more!

Common inventions like potato chips, Post-its and Silly Putty were accidentally invented, and these accidents have literally satisfied our appetites and figuratively satiated our hunger for creativity. 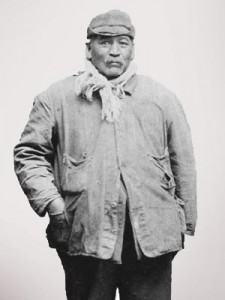 Potato Chips- They can be kettle cooked, baked or ruffled and their flavors can range from sour cream and onion to salt and vinegar. Potato chips come in all shapes, sizes and flavors, but before 1853, they did not exist.

The fried potato was first introduced in the United States in the late 18th century by Thomas Jefferson after he came across the treat in Paris but the actual French fry is an American invention.

The potato chip was invented in 1853 by Native American, George Crum, who at the time was a chef at a Saratoga Springs, New York resort. It is rumored that a customer by the name of Cornelius Vanderbilt complained that his French fries were too thick. That’s when Crum had an idea to fry up a serving of thin potatoes and cook them until they had a crunchy and crisp texture. The dish was then dubbed, “Saratoga Chips” and quickly became a favorite. The idea of the “Saratoga Chips” is better known today as the potato chip.

Now, Wise, Herr’s, UTZ and Ruffles are just a few of the many potato chip brands being sold around the United States today. 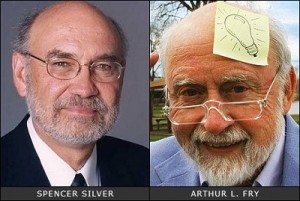 Post-its- The Post-it note was accidentally invented when Art Fry was in desperate need of a bookmark for his church hymnal that would stay in place and wouldn’t damage the book. After noticing that one of his coworkers at 3M, Dr. Spencer Silver, had already invented an adhesive in 1968 that was strong enough to easily stick to a surface without leaving a residue when repositioned, Fry decided to apply some of the adhesive along the edge of a piece of paper. The problem of finding a bookmark that stayed in place and didn’t ruin the hymnal was solved.

From this point on, Fry realized that his new “bookmark” had multi-functionality and could serve as a form of communication around the office when these “bookmarks” were used for notes on work files among other things.

After the 3M Corporation named this invention “Post-it”, production began in the late 1970s for commercial use.

Nowadays, this accidental invention has become a staple of offices, schools and homes alike, allowing people to leave notes for others or reminders for certain tasks. The Post-it brand now has more than 4,000 unique products that are sold around the world. 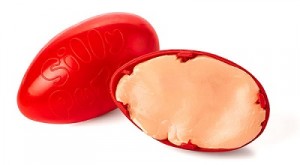 Silly Putty- In 1943, with the threat of a rubber shortage looming in the United States, GE engineer, James Wright, was working to invent a synthetic rubber. While combining boric acid and silicone oil, Wright accidentally invented the rubbery material, Silly Putty. With its ability to rebound almost 25 percent higher than a normal rubber ball, this “Nutty Putty” as it was originally called was soft, malleable and able to stretch without tearing.

Although it didn’t meet the criteria needed to replace rubber, Wright realized that this substance would serve another purpose; to entertain.

While at a cocktail party in 1949, Peter Hodgson, the owner of an ad agency in New Haven, Connecticut, spotted the rubbery putty being circulated among the guests. He began to observe people folding, stretching and bouncing the odd material. The ball of goo finally made its way to toy store owner, Ruth Fallgatter, who regularly produced catalogs full of toys. Hodgson approached Fallgatter and convinced her to put this putty in plastic cases and sell them in the catalog for $2 each. The putty outsold everything else that was listed other than a set of 50-cent Crayola crayons.

After a full year of sales, Fallgatter decided to stop selling the putty and Hodgson took over. He gathered a group of Yale students and had them separate the putty into one ounce balls and placed them into individual red plastic eggs. This is the same packaging that we see today.

In 1950, he took his product to the International Toy Fair in New York. A writer caught wind of this new invention and wrote an article in the “Talk of the Town” and sales for Silly Putty began to pour in.

At the time of Hodgson’s death in 1976, Silly Putty was being sold throughout the U.S. and in 22 other countries with annual sales exceeding $5 million.

To this day, this accidental invention of Silly Putty continues to entertain both adults and children around the world.

Whether you are eating the crunchy invention of potato chips, leaving a reminder on a Post-it note for a coworker or stretching out a ball of Silly Putty, one thing is certain is that these accidental inventions have captivated people all over the world.