Who’s Lowell Wood and Why Do We Care? 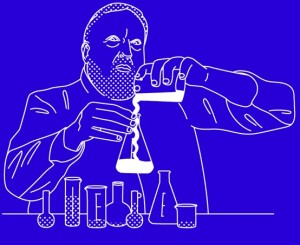 Year after year, America continues to be the most innovative, inventing nation in the entire world.

When we think of famous American inventors, more times than not, Thomas Edison’s name will likely be rambled off, among many other inventors.

This comes as no surprise, given the fact that he’s invented some of the most prolific inventions in history, such as the phonograph, light bulb and the movie camera, to name a few.

But, along with all inventions comes a slew of patents; and, being the great innovator and inventor that Edison was, between the years of 1869 and 1933, he tacked on 1,084 United States utility patents to his resume.

This astonishing number of patents made him the longstanding record holder for 82 years as the American inventor with the most patents. But, like most things in life, all good things must come to an end and Edison’s reign as patent king in America has come to a close, thanks to a man named Lowell Wood.

It was lucky patent 1,085 that allowed Wood to surpass Edison in the intellectual property department. So, what is Wood’s invention specialty?

According Bloomberg Businessweek’s Ashlee Vance, “The scope of his inventions is insane… he’s just this guy who is compelled to solve problems and invent new ideas.”

In fact, one of his inventions, the “Mosquito Laser” is a device that was invented in order to solve the problem of malaria by killing large numbers of mosquitos to help reduce people’s chance of contracting the disease.

With all of this talk about patents and inventions solving problems, we couldn’t help but reflect on the importance of patents and what it takes to chase your dreams.

So, with that being said, we wanted to offer you three inventing tips:

Lowell Wood’s 1,085 patents alone are inspiring; however, it’s his creativity, intellect and, of course, his innovative spirit that has earned him with the title of America’s leading patent holder.

Only time will tell how long Wood will keep the patent-holding crown!