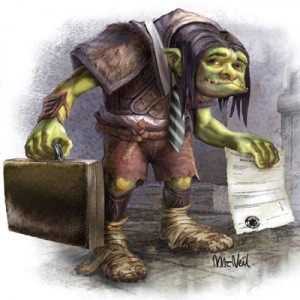 Patent trolls, otherwise known as NPEs (Non-practicing entities), are comprised of companies that don’t make or sell anything; they solely own patents. The money that is made by these entities comes primarily from obtaining licensing fees from businesses that use technologies covered by the patents they own.

Shockingly enough, patent trolls have been around since the days of Henry Ford’s Model T. In fact, in 1903, George Selden, a patent attorney, sued Henry Ford and four other car manufacturers and insisted that he receive a royalty for every car that was sold. Despite not ever actively advancing automotive technology at the time, Selden held a patent, which was claimed to cover the automobile.

However, in 1999, Peter Detkin, a lawyer at Intel Corporation, became increasingly frustrated when he realized that companies that had never produced a semiconductor chip were suing Intel for $15 million on the grounds of patent infringement. Initially, Detkin called these adversaries, “patent extortionists,” but was immediately threatened with a libel suit.  He decided to come up with another nickname, “patent trolls,” after the fairy-tale trolls in “Three Billy Goats Gruff” who lived under the bridges and continually threatened those who would try to cross them. 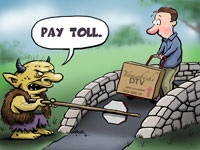 So how do the NPEs do business? For starters, they purchase and collect large portfolios of patents from companies that are going out of business, or from other firms that have already done the leg work and developed the technology, but never truly intended to pursue. More times than not, the main target of the trolls are tech companies. Additionally, NPEs buy patents from inventors who do not have the funds to further develop their ideas.

Once these bases are covered, the trolls will then begin to hunt for products that have found success that use the technology covered by their patents and demand a licensing fee. The company being targeted by the patent trolls will, more times than not, settle out of court, due to the fact that patent suits are very expensive to defend.

While the idea of a patent troll may seem terrible for innovation, there are some people who believe that the NPEs are a good thing and actually spur innovation.

In earlier years, when an inventor could not afford to develop an idea, he/she would receive cash from a patent troll and would let the NPE enforce the patent. The cash that was given to the inventor acted as an incentive to keep inventing.

In recent years, companies like J.C. Penney, Foot Locker, Macy’s and American Eagle Outfitters have been targeted by trolls for JPEG files that are commonly used to send out promotional information to customers on their websites. In these cases, the patent trolls want companies to pay up for using JPEG files.

In fact, President Obama commented on the situation and stated that companies are abusing the patent system and that Congress is working on legislative plans to thwart the business of NPEs.

Only time will tell if the raised awareness and action by the government will prevent patent trolls from targeting innovative and hopeful inventors.